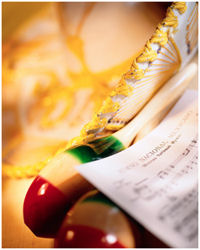 By Mayan Avitable
May 4, 2012 (East County) -- Perhaps the least understood celebration attributed to Spanish-speaking people is Cinco de Mayo. There seems to be an idea that it is the Mexican Independence Day. Many others believe that, if you speak Spanish, you celebrate Cinco de Mayo. It is neither.  Please keep reading for more information on:
The History of Cinco de Mayo
To find information on the history of Cinco de Mayo:
The holiday of Cinco De Mayo, The 5th Of May, commemorates the victory of the Mexican militia over the French army at The Battle Of Puebla in 1862. It is primarily a regional holiday celebrated in the Mexican state capital city of Puebla and throughout the state of Puebla, with some limited 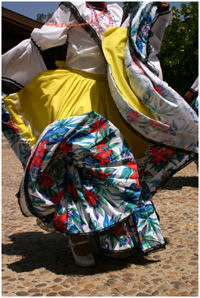 recognition in other parts of Mexico, and especially in U.S. cities with a significant Mexican population. http://www.mexonline.com/cinco-de-mayo.htm
Some historians have argued that France's real goal was to help break up the American Union, at the time in the midst of a civil war, by helping the southern Confederacy:[24] "The Mexicans had won a great victory that kept Napoleon III from supplying the confederate rebels for another year, allowing the United States to build a powerful army.
http://en.wikipedia.org/wiki/Cinco_de_Mayo
In the United States, Cinco de Mayo is widely interpreted as a celebration of Mexican culture and heritage, particularly in areas with substantial Mexican-American populations. Chicano activists raised awareness of the holiday in the 1960s, in part because they identified with the victory of indigenous Mexicans over European invaders during the Battle of Puebla. http://www.history.com/topics/cinco-de-mayo
And, my favorite from Juan of Words -- No!  It’s not an international holiday or even a holiday celebrated across Latin America. Cinco de Mayo, while it has been adopted as a cause for celebration and as good a reason as any to enjoy a couple of margaritas, is actually a Mexican holiday. To see more:
http://www.juanofwords.com/2012/05/04/five-things-to-know-about-cinco-de-mayo/ 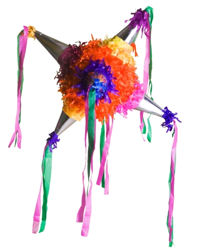 How to Make a Piñata
Piñata Boy has the complete information!