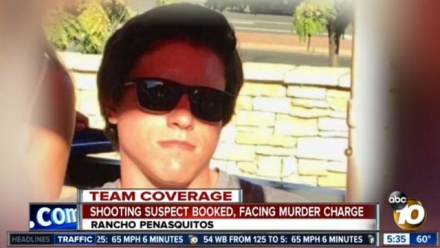 April 29, 2019 (Poway) - The family of John T. Earnest, the suspect in the fatal attack on a Poway synagogue, issued a statement Monday expressing “shock,” “grief” and “anguish” while lamenting  their son “is now part of the history of evil.”

The statement was provided to the media by the family’s attorney.

“We are shocked and deeply saddened by the terrible attack on the Chabad of Poway synagogue. But our sadness pales in comparison to the grief and anguish our son has caused for so many innocent people. He has killed and injured the faithful who were gathered in a sacred place on a sacred day. To our great shame, he is now part of the history of evil that has been perpetrated on Jewish people for centuries.”

“Our son’s actions were informed by people we do not know, and ideas we do not hold. Like our other five children, he was raised in a family, a faith and a community that all rejected hate and taught that love must be the motive for everything we do. How our son was attracted to such darkness is a terrifying mystery to us, though we are confident that law enforcement will uncover many details of the path that he took to this evil and despicable act. To that end, our family is cooperating with investigators. We ask only that the media and the public respect our privacy and allow the criminal justice system to work.”

“Our heavy hearts will forever go out to the victims and survivors. Our thanks go to the first responders who prevented even greater loss of life and the well-wishers who have supported us. And we pray for peace.”

Earnest, a 19-year-old student at Cal State San Marcos, is being held without bail at San Diego Central Jail.

He is scheduled to be arraigned at 1:30 p.m. Wednesday on one count of murder and three counts of attempted murder.