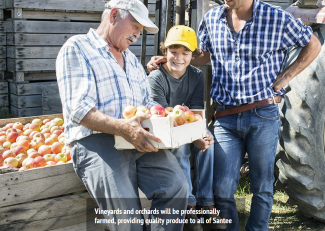 By Mike Allen
Photo:  SR 125 heading northward toward Santee
October 28, 2019 (Santee) -- The developer of Fanita Ranch, the planned community of 2,949 houses in Santee’s northwest quadrant, are trying hard to convince Santee that its project will enhance the city rather than detract from it.
Last week, the development firm, HomeFed Corp., wooed councilmembers and the public with new details on the amount of open space and other features on the 2,600 acre site in the third public workshop during a Oct. 23 City Council meeting and public workshop.
Fanita Ranch has been years in the pipeline, generating significant public opposition in the past due to concerns over loss of open space and habitat, as well as fears of increased traffic congestion.
At the workshop, a display of maps show 35 miles of public trails appealing to every level of recreation seeker, as well as a working farm on 25 acres, a farmers market, a vineyard, a 36-acre community park, and eight neighborhood parks.
HomeFed director of operations Jeff O’Connor said the project would retain more than 2,000 acres for open space, or 75 percent of the total acreage. “We’ll have the same amount of open space as Gooden Ranch,” he said. 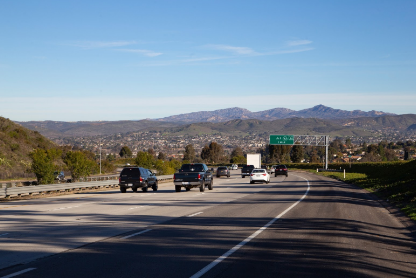 Besides attractive photos and the impressive retention of open space, O'Connor also had a group of about two dozen local residents wearing green badges with the saying “Open Space For Santee” backing the project.
O'Connor said the group was assembled through the help of the project’s web site and Facebook page. Since the company began doing outreach last year, it’s picked up growing support among residents as they learn more about the project and its positive impacts, he said.
“It’s gained a tremendous amount of support,” O’Connor said. “After people understand what we’re doing they have a whole new view of Fanita Ranch.”
HomeFed is also pumping considerable marketing dollars into its effort, including extensive Google ads, as well as slick mailers, extolling the project.
The biggest carrot of course is what the firm promises to do in relation to one of Santee’s biggest negatives---the traffic congestion, particularly on State Route 52.
HomeFed has said it will pay for installing an additional lane on both the east and west sides of the 52, as well as building a new entrance ramp at Mast Boulevard and West Hills Parkway.
The company has spent about $5 million to date on design work and environmental work; it plans to spend between $35 million and $40 million to unclog the commute times on the city’s main freeway. Before the first residents move in, those improvements will make Santee’s traffic far better than it is today, O’Connor said.
But some remain unconvinced that growth, no matter how it’s mitigated, can ever be viewed as a positive.
Van Collinsworth, executive director of environmental advocacy group Preserve Wild Santee, said he’d like to see zero houses built on the site, and instead create an ecological preserve.
“We’re a unique place, and this land could provide a special opportunity for us because we can preserve the whole place,” he said.
Collinsworth and others speaking against Fanita Ranch said if the project goes forward, it will have a major negative impact on all types of threatened wildlife, including some threatened species. Longtime resident Patti LaBouf said while she was impressed by some of the forward-thinking features, “the part that doesn’t work is 3,000 homes.”
Santee residents who packed the Council chambers got a taste of what Fanita Ranch would look like from a distance when city planners displayed photos of the northern ridges before and after the project. The future view was small but unmistakable from a high point on State Route 125 before it descends to Mission Gorge Road.
This was the third public workshop on Fanita Ranch. The council was taking no action on the project which has been in limbo for about a decade following the bankruptcy of the former developer, Barrett American. HomeFed purchased the property in 2011 for $13 million in a bankruptcy court proceeding.
The previous development was approved for about 1,400 houses in 2007 but with much larger lots, and with much less open space. Unlike some new developments, HomeFed is not planning a gated community, but one that engages and invites residents and visitors, some councilmembers noted.
Councilman Rob McNelis, an outspoken supporter of private property rights, said Fanita Ranch should be commended for their plans. “Right now they have the right to fence it all off,” he said. “But they’ve opened it up, and they’re trying to be good neighbors and preserve some of our community’s spirit.”
Councilman Stephen Houlahan, elected as a controlled growth candidate, said he was happy with the extent of the trails Fanita Ranch would have, and the level of open space. But he was critical of the southern part of the development called Orchard Village because of its proximity to the Ray Stoyer sewage treatment plant. When the plant is expanded as planned by Padre Dam Municipal Water District, there will be “quite a fragrance” drifting towards those upscale, new homes, he said.
Mayor John Minto said he was also impressed with the level of outreach HomeFed is doing, and with its natural preservation plans. “I find it quite nice they’re willing to create vernal pools,” he said. “I do like what I see, but no matter what anybody says,” he told the developer, “we’re still going to hold your feet to the fire.”
Ultimately, the final say on the project will likely come down to Santee residents if a proposition on the city’s General Plan is approved. The initiative on the 2020 ballot would require any development that isn’t in conformance with the city’s existing General Plan or involves a zoning change would have to go to a public vote.
Fanita Ranch would trigger that type of vote if the initiative succeeds.