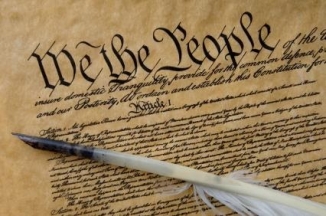 July 7, 2021 (Sacramento) -- Veterans on both sides of the aisle are concerned about what they call recent attacks on democracy by far-right organizations.


Dan Barkhuff, a former Navy SEAL, leads Veterans for Responsible Leadership, a super PAC, and is a member of We the Veterans, a nonprofit advocacy group for democratic values that launched July 4.

They want to counteract the draw of far-right groups to veterans who come home from service, such as the Oath Keepers, the extremist anti-government group that played a major role in storming the U.S. Capitol.

"These extremist organizations are providing something to these veterans, which is, number one, a sense of belonging. And number two, kind of this camaraderie," Barkhuff explained. "So our goal is to redefine patriotism and to compete with these organizations in their own communities."

He pointed out they aim to show veterans there are other ways to find that sense of belonging.

George Black is a researcher and author of recent reports on the connections between the conspiracy theories that fueled the Capitol insurrection on Jan. 6, and the grievances of right-wing military officers after the Vietnam War.

He argued that the events at the Capitol were just one part of a longer-term effort by far-right anti-government groups to gain political power.

"It's part and parcel with the movement to suppress voting rights in Republican-led states," Black observed. "It's about replacing local officials who are in a position to certify or decertify future elections. It's very much with an eye on 2022 and taking Congress back."

Robert Pennoyer, retired Navy lieutenant and 96-year-old World War II veteran, noted members of the military take an oath to defend the Constitution, which guarantees a Bill of Rights including freedom of speech and thought.

He contended efforts to undermine democratic rights go against the values he fought for.

"The disinformation is causing terrible harm," Pennoyer asserted. "Many of the people believe this stuff. And the attempt to suppress the vote is extremely dangerous and needs to be opposed."

Barkhuff added one thing that connects all veterans of military service.

these righties believe in all the fake news. in the long run the righties will lose.