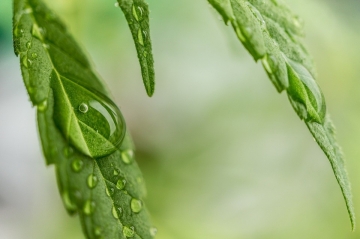 January 15, 2017 (San Diego’s East County) – Californians legalized sale of recreational marijuana with Prop 64. But farmers can’t grow cannabis commercially unless they receive a permit from their city or county.

On January 25th, the Southern California Responsible Growers Council (SCRGC) will ask San Diego Supervisors to provide farmers “freedom to grow” marijuana and hemp for sale to dispensaries (not the public), CW6 TV reports.   But so far, Supervisors who have staunchly opposed even cultivation for hemp growing in our rural regions have shown no indication of being willing to ease restrictions on marijuana cultivation.

“Our goals are to protect small farms, reducing black-market activity and ending trespass grows on public lands,” Anthony Wagner and Micah Anderson with the SCRGC wrote in an editorial published in the San Diego Union Tribune.

But Supervisor Dianne Jacob, who represents East County, told CW6, “While the County is taking a hard look at its medical marijuana ordinance, the commercial cultivation of marijuana remains prohibited in our unincorporated area and there are currently no plans to reconsider it.”

The stakes are high.  California could collect up to $1 billion in taxes and licensing revenues from cannabis sales, estimates New Frontier, a cannabis research firm.   But California’s new law requires that local jurisdictions that ban cannabis cultivation will get a much smaller share of fees collected by the state and zero local tax revenues.

Opinions in rural East County are mixed on whether cannabis cultivation locally should be legalized.

One rural planning group member told East County Magazine privately that she might rather see Star Ranch (a 2,000-acre property up for sale in Campo for $7.5 million) used for pot growing rather than developed for housing that could negatively impact rural character and overburden services in communities.

A reader on the Ranter’s Roost discussion forum online agreed, writing, “Growing cannabis is a good alternative to homes, like wine vineyards. It should be regarded as a better alternative to some dangerous medications and certainly better than tobacco and alcohol.”

Others strongly opposed legal pot growing.  Another Ranter’s Roost member posted anonymously, “Wow!! Solar farms, wind turbine fields as far as the eye can see, the Sunrise Powerlink, a proposed voltage/power regulating substation, and now contemplating marijuana and/or hemp farms. I wonder what next they will try to force upon the backcountry and Alpine can’t even get a high school.”

George Barnett, who serves on the Alpine Community Planning Group, says he views this as a “rational land use issue,” aside from the property rights issues at stake.     He notes that property owners across the backcountry have put farm and ranch lands up for sale due to the many challenges of farming that typically require “a heck of a lot of work by essentially unpaid family members, property tax subsidies such as the Williamson Act, and lots and lots of water.  Decades of trying has resulted in zero opportunities for farmers and ranchers to develop their lands, too.”  Thus, cash poor farmers or their children may be eager to sell out to pot farmers.

Barnett sees water as a key stumbling block for commercial pot cultivation in San Diego’s backcountry, adding this his research online found “hefty water needs” to grow marijuana: “a gallon a day per plant per pound of harvestable pot” with a mature plant needing up to 10 gallons a day, an expectation he sees as unrealistic in a region with a semi-desert climate and strict water limits supplied by the County Water Authority.  (One possible solution to this problem would be hydroponics, which can cut water consumption up to 90%, according to Surna, a company specializing in supplying indoor cultivators, though adding nutrients is required.)

On the other hand, not allowing legal cultivation hasn’t meant no pot is grown here.  Barnett notes that “just about anywhere in the backcountry where there’s a trickle of water, you might find a hidden sunlit hillside potted with pot plants watered by drip lines supplied by pumped water from little hand-dug ‘dams’ that are often on someone else’s land.”  Water theft by illegal pot growers and massive grows found in our national forests have long plagued officials.

Opponents of legal marijuana growing have voiced concerns over crime and access by children, though the law limits possession and use to adults.  One tipster told ECM that a grower of medical pot near the border had solicited local teens to work in the fields, making it accessible to kids and creating a culture of drug use acceptability.

Currently, local medical marijuana dispensaries rely largely on cannabis imported from northern California.  Selling recreational marijuana through dispensaries won’t be legal statewide until 2018, but even then, cities and counties can opt to ban dispensary sales as well as growing, much to the frustration of people seeking legal access to weed.

The new California law does allow individual households to grow up to six marijuana plants. (El Cajon recently limited that to indoors only.)

But not everyone wants to roll their own joint and smoke it, nor does that meet the needs of medical marijuana patients who may want other forms of pot, such as liquid drops dispensed under the tongue, edible forms, creams or ointments for pain relief, such as for arthritis patients.

Advocates of hemp argue that though related to marijuana, hemp can be grown without the active ingredient that causes people to be high.  Hemp oil has some medical applications such as in oils and creams.  Hemp fiber is prized for its durability in products ranging from blue jeans to rope.  Selling hemp products is legal in the U.S., but retailers and manufacturers of hemp products must import the raw materials from growers in other countries.  Legalizing growth of hemp and/or cannabis would create U.S. jobs, advocates argue.

But even in California counties and cities that opt to make growing cannabis or hemp legal, along with dispensaries, jumping into these businesses or using marijuana products is still not risk free.  Growing cannabis and hemp, as well as use of medical or recreational marijuana, remains illegal under federal law.  While the Obama administration took a largely states rights approach by not enforcing laws against minor use and possession or dispensaries, it’s unknown what Donald Trump’s administration will do. His Attorney General nominee, however, has been a vocal opponent of marijuana legalization.

Meanwhile, whether weed will become the next cash crop in San Diego County remains to be seen.