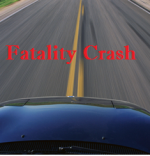 August 10, 2011 (Poway) – Leon B. Livingston, 56, of San Diego died August 7th of injuries sustained in a motorcycle accident in Poway. Livingston, who wore a helmet, was driving southbound on State Route 67 in Poway when the vehicle in front of him stopped suddenly and Livingston rear-ended the vehicle.

Witnesses called 911 and Livingston was transported to a hospital, where despite aggressive resuscitative efforts, he was pronounced dead. No charges are pending, according to the California Highway Patrol.