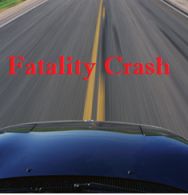 "Without striping on the road, very few delineation markers, and no lights during this resurfacing, it becomes virtually impossible to see where you are going or know where the road is," the Jamul Action Committee wrote in an email after the deadly crash. Moreover, two more motorists have come forward to warn of near-miss crashes including at least three near-head on collisions that they blame on missing or confusing pavement markings from the resurfacing project.

Jamul residents have been warning that the repaving work, being done both day and night with multiple stops and congestion, could endanger motorists, as ECM previously reported: http://www.eastcountymagazine.org/node/14217 . The paving is expected to continue for months.

Tonight, one person was killed and at least two others were seriously injured and had to be extricated from the crash, which occurred at 5:44 p.m.  The accident was a head-on collision involving a white truck, a black sedan and a third vehicle not described on the CHP website.  CHP’s site also indicates the Medical Examiner had to travel the wrong way to reach the crash on the roadway, which had no shoulders.

“The fatal traffic incident on State Route 94 is under investigation by the California Highway Patrol.  Early indications into the cause of the incident suggest that drinking and driving may have been involved.  No highway or roadway construction site can be designed to prevent this type of dangerous behavior.  Motorists and highway workers are at risk when some drivers choose to operate a vehicle in an impaired condition.  We urge motorists to phone 9-1-1 if they suspect a motorists is driving under the influence of alcohol or drugs. This is the only comment we will have at this time.”

East County Magazine has learned of  more near-miss collisions, and the drivers clearly blame the lack of pavement markings.

“Same thing almost happened to me last Tuesday night about 6:30 p.m.,” writes Michael Casinelli in an email sent to JAC members and ECM.  “Attempting to turn onto Lyons Valley Road from SR 94 in front of Marcia’s office, I was stuck in the left turn lane (no striping or reflectors), and could not turn left or pull back into east bound traffic. A west bound car was heading directly at me and never reduced his speed, and only diverted back into the west bound lane about 10 yards before an impact. It was extremely scary. In a matter of seconds I though I was going to be in a head-on and there was nothing I could do about it.”

Marcia Spurgeon, a local real estate agent, reveals yet more near misses.  "I am contacting Granite and Caltrans today to report this hazardous

situation," she wrote in response to Casinelli's disclosure. "Three times this past week while traveling west to my office I have witnessed near misses at the intersection as a west bound car enters the east bound turn lane. I think the way they have marked the road drivers think it is

a third lane going down the hill. Two of the three would have resulted in head on crashes  if the east bound drivers had not swerved over to the edge of the road. Fortunately there was no traffic along side. This was all during the day. Can't imagine when the roads are wet and dark."

"Caltrans, do you want another one? Because it will happen again," JAC contends after the fatality last night.

The agency issued an apology for that delay, stating merely that projects "got out ahead" of public relations.

But that's not enough to satisfy concerned residents who have already seen traffic increase significantly on State Route 94 with addition of Steele Canyon High School, and who have voiced fears additional traffic hazards if the proposed Jamul Indian casino is built.

An e-mail sent to JAC members last week chided Caltrans for its apology, noting, "The Caltrans press release states the Granite Construction Project will be completed in one year and the Hazard Construction Project will be completed at the end of this year. Caltrans awarded the 54/94 Junction to Marron Valley Rd Re-Surfacing on July 31, 2013.Caltrans awarded the Marron Valley Rd to SR-188 Slurry Seal on June 6, 2013."

The group wants answers from Caltrans to key questions, including:

The decision to start both projects at the same time was whose?

The decision to start both projects during the wildfire season was whose?

The decision to start both projects without public notification was whose?

The decision to start both projects without notifying the business' along SR-94 was whose?

The decision to start both projects without notifying the school districts whose buses use SR-94 to pick up and drop off children along SR-94 was whose?

The decision to start both projects without adequate warning signage along the route was whose?

The decision to start both projects without adequate flag personnel presence was whose?

The decision to start both projects without notifying the residents along SR-94 was whose?

The decision to start both projects without notifying Rural Fire was whose?

The decision to start both projects without notifying Cal Fire was whose?

The decision to start both projects during controlled burns was whose?

The decision to start both projects and completely cutting off the only access route in case of evacuation was whose?

The decision to start both projects stating that work can only be done during the day but there are night closures reported on the CHP traffic website and motorists are unable to get home late at night or get to work was whose?

It appears that Caltrans is selective in adhering to its own protocol, particularly when dealing with Jamul.

Most importantly, residents ask, "Why did Caltrans schedule this work during the annual wildfire season; knowing that it would choke, if not halt, traffic flow on our only evacuation corridor?"  Finally, safety-minded residents ask how CalTrans and other public agencies could "have such disregard for our public safety on so many levels."

Less than three weeks ago I wrote a letter to CalTrans officials about safety issues along SR-94. In fact I photographed and highlighted the very section near Honey Springs Rd. where three roads converge before a sharp, unexpected curve east of the Otay Lakes Rd. (blind) intersection.

The driver who lost his life on 94 last Sunday should never have been driving drunk. NEVER. But this is the real world, and stupid people choose to do stupid things. They put themselves in danger, and they threaten the lives of innocent drivers and passengers who must share the road. THOSE are the people deserving of a safer road and road conditions.  CalTrans should take every reasonable precaution to reduce their risks for drivers who follow the rules.  Lighted traffic cones work. So do closely-set reflective tabs. So do flashing warning signs. This area of 94 has is the only major intersection for more than 10 miles in either direction. It could have (and should have) been made safer during this extended roadwork.

SR-94 already has SIX times the fatality rate of other rural roads in San Diego County. The death rate for the ten miles leading to Jamul Indian Village (a planned casino site) is already TWICE that of Wildcat Canyon Rd leading to Barona Casino.  SR-94 twists and winds, has few passing areas and is typically shoulderless. It is unlit, and sub-standard (or as CalTrans says, "non-standard). THAT is the underlying problem.  CalTrans roadwork need to make an extra effort to improve road safety during their maintenance work.  Developers of 24-7 "Convenience Casinos" (like the propsed one in Jamul) must stop pursuing a mega-casino—built on a postage stamp parcel—alongside one of the most dangerous stretches of road in the county.

So the extensive roadwork delays and Sunday's fatal crash are small harbingers of what a Jamul Casino portends: thousands more cars, buses, trucks, DUI's, closures, crashes and deaths. Make no mistake—innocent lives WILL be lost.  And many will be ours—neighbors, friends, families.

Small communities don't have the money or connections of a Penn Nation Gaming, but we still have a voice (and a keyboard), and it's our RESPONSIBILITY to speak out to those that have the power to make changes.

CALTRANS MISSION STATEMENT: GOAL (1) "Provide the safest transportation system in the nation for users and workers."

Ugh. Whatever happened to personal responsibility? I agree with the State Patrol official who was quoted. This crash was apparently caused by a drunken driver. Not by any construction issues. Not by a casino that doesn't even exist yet. Not even by local officials who have never really pushed very hard to seriously improve this stretch of highway for all these years. It was caused by a driver who crossed the centerline. Apparently while under the influence, according to the State Patrol.

It wasn't even dark when this accident happened. BTW, the signage, road striping and reflectorized pavement markers seem to work just fine for me and the streams of drivers I see on the highway every single night. With such high traffic volumes on a 2-lane highway that is under construction, we can expect some close calls. That's why everyone needs to be patient and slow down. And DONT drink and drive.

Two or three activists out there will be whining and screaming about this highway construction for as long as it lasts...and, sadly, use it for their personal agendas. Everyone just needs to consider the source and keep it real.