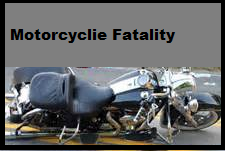 East County News Service
June 3, 2021 (La Mesa) – La Mesa Police received multiple calls reporting a traffic collision last night at 8:19 p.m. between a motorcycle and an SUV at the intersection of Fletcher Parkway and Southern Road.
Officers and fire department personnel arrived on scene a few minutes later and rendered aid. The motorcyclist was transported to the hospital but later succumbed to his injuries.
According to police, a preliminary investigation found that the motorcyclist, a 30-year-old man, was traveling east on Fletcher Parkway when he broadsided a Toyota SUV driven by a woman, 18.  The SUV was turning eastbound onto Fletcher Parkway from Southern Road.
The driver of the SUV was not injured and is not suspected of being impaired. She remained on scene and is cooperating with the investigation.
The cause and circumstances of the collision remain under investigation.  The on-scene collision investigation took several hours and involved the closure of Fletcher Parkway between Dallas Street and Chatham Street.
The identification of all involved parties is being withheld pending further investigation and notification of next of kin. The La Mesa Police Department’s Traffic Unit is investigating this incident.
The public is encouraged to call the La Mesa Police Department at (619) 667-1400 if they witnessed this collision or have any other information.