Author Steve Tarde, who has taught sports visualization to top sports stars, will read from his book, Gift to My Dad, and sign copies of his book at a special Father’s Day event at Cali Comfort Restaurant, 8910 Troy Street, Spring Valley on July 20th at 3 p.m.  Note: savor a free entree (with purchase of another) at Cali Comfort with coupon at bottom of the article.

"This is a beautifully written story about fathers and sons." - Dennis Moore

June 8, 2010 (San Diego’s East County) -- Steve Tarde, a legendary teacher of visualization, has written a homage for all fathers: Gift to My Dad. Although this 84 page book is written in regard to his dad, it could just as well apply to my dad, and every other dad out there. It comes at a very poignant time, just before Father’s Day. Tarde’s book certainly resonates with me as it has a baseball theme, our national pastime that I played as a little boy. To many young boys, it was their fathers who gave them their first glove, and played catch with them. This is a beautifully written story about fathers and sons. 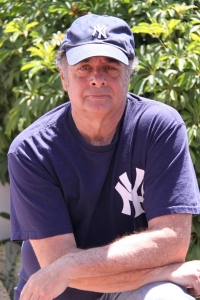 Although my father wasn’t around to play catch with me and teach me the early fundamentals of baseball, his contributions to my growth in life, are just as profound. In an interview with Tarde, he told me that he and his father were great lovers of the game.

Gift to My Dad is a motivational fable about fathers, baseball, visualization and life--a mixture of fact and fiction. Steve Tarde defined visualization to me as follows: “To visualize is to create a picture in your mind. If you picture it boldly, confidently and persistently enough, it will eventually become the magnificent reality in your life.” He states in his book that his Dad taught him his first visualizer rule for baseball and life: “Always know what you will do with the ball before it is hit to you.”

In the mid 1990’s, the author began to study the power of visualization and was one of the first to apply his principles of sports psychology to athletes, students, entrepreneurs and anyone seeking to apply mental imagery skills to the improvement of life. Tarde has played basketball with legends Pete Maravich and Jerry West, and baseball with Mickey Mantle and Whitey Ford. Mickey Mantle was one of my childhood baseball heroes, partially due to our sharing a similar childhood illness that would impact both of our abilities to play the game that we loved.

Whether building Network Marketing champions or advising professional sports teams, Tarde teaches a life changing formula. Brad Holland, NCAA Basketball Coach, and member of the 1979-80 NBA Champion Los Angeles Lakers, states in regard to Mr. Tarde; “When Steve Tarde teaches the power of visualization, your life is about to change!”

Gift to My Dad is a story that takes every man back to a time when his father was a role model, someone that he relied on and looked up to. Something as simple as a baseball game is a thread that will bind a father and son for life. Tarde describes it in his book in such a way that every man can identify with his words. 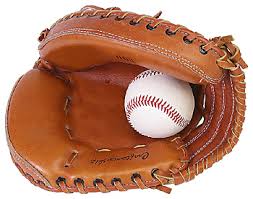 Bob Scanlan, former Chicago Cubs pitcher and current analyst for the San Diego Padres Baseball team on TV writes: “Thanks for sharing Gift to My Dad with me. I really enjoyed it! You have found your passion and purpose in life, Steve, and are making a difference in countless lives to make the world a better place – what a gift! Take care and keep up the great and world changing work that you are doing.”

Baseball has that primal and intrinsic bond between a father and a son that can only be understood between those that have actually played the game. While John Mayer sings in his song, Daughters; “So fathers, be good to your daughters; daughters will love like you do; girls become lovers who turn into mothers; So mothers, be good to your daughters too,” Tarde uses baseball as an analogy in a father’s interaction with their sons.

With my own boys, Darius and Damien, I recall being out on the baseball diamond in Chicago with them, gently cajoling them into picking up the basic fundamentals of the game, as was taught to me as a young boy. Damien seemed to pick up on it faster than Darius, despite his being several years younger, and despite his initial struggles with swinging the baseball bat.

Tarde weaves his life involvement with his father throughout his book. He uses baseball as a metaphor for his relationship with his father, which should resonate with all fathers, especially with the upcoming Father’s Day celebration. He intersperses his “visualizers” throughout his book, such as “VISUALIZER #10,” which states; “Laughter and joy will forever keep you young, lose your joy and you will grow brittle and break.” 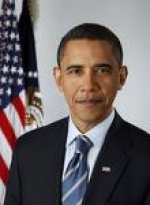 President Barack Obama, in his famous Father’s Day speech a couple of years ago at my former church in Chicago, the Apostolic Church of God, spoke of a father’s responsibilities to his children. He also spoke of “gifts,” the gifts that Tarde alludes to in his book. President Obama stated; “And that is why the final lesson we must learn as fathers is also the greatest gift we can pass on to our children – and that is the gift of hope.” He had earlier stated in his speech in regard to gifts; “So I resolved many years ago that it was my obligation to break the cycle – that if I could give them anything, I would give them that rock – that foundation – on which to build their lives. And that would be the greatest gift that I could offer.” This was in regard to his daughters.  (View video of speech.)

Although Gift to My Dad is a fable, part fact and fiction, it enabled the author to get some closure with his father, who has long since deceased, by stating in his book; “Dad, you weren’t a terrible father. There were so many things you ingrained in me about reading, character, safe driving, education, life…I just expected more. I had no right to expect that much”.

This conversation between Steve Tarde and his father, Irving Tarde, occurred in a cemetery, after Irving had deceased, and it also included fictional portrayals of the Brooklyn Dodgers baseball team, with Irving playing a prominent role. The author indicated to me just today, that every Dodger that he speaks to is given a nugget of wisdom about visualization. He further stated that the only person who fights the visualization lesson is his Dad. Steve says that as the story evolves, his father eventually recognizes that teaching the power of visualization is his son’s special gift and he validates it by recommending it to his Dodger teammates. 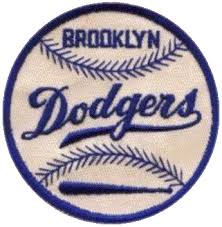 The conversation between Steve and his father and members of the Dodgers’ baseball team was an imaginary conversation occurring in an imaginary cemetery, but it seems to me to be closure for him and his dad. Perhaps the most poignant moment in his book was as stated: “We hugged one final time. ‘We never did this enough, you know’, I said, ‘All I wanted you to do was to love me and be proud of my life.’ We were both crying. Just inside the center field gate, two center fielders, embracing for the final time and saying good bye. ‘I always loved you, Steve. I only wish I could have shown you more. Maybe I had a role in the love you are showing your son and the love he will show his children. Hug Scott and Lindsey for me. Tell them it came from Poppy.”

Gift to My Dad has been a “gift” to me. It has given me a greater understanding and appreciation for my dad. I do not have to have that imaginary conversation with him in an imaginary cemetery, for my 84-year old dad, Dennis Moore, Sr., is still here with me. There are still things that I can and need to say to my father, which I actually tried to say just prior to my kids driving me to the train station for my trip back to San Diego from my dad’s home in Chicago this past October. I need to apologize to him for some hurtful things that have occurred between us in our early lives. Thank you Steve, for impressing upon me the need to do this. 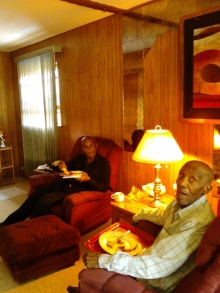 "I did get that opportunity to apologize to my dad before he died, which actually happened this past January of 2016." My dad and I shared a breakfast together in Chicago about 2 years ago, prepared by my brother Ronnie.

Steve Tarde will be reading from his book, Gift to My Dad, and conducting a book signing at a special Father’s Day event at Cali Comfort Restaurant in San Diego (Spring Valley) on July 20, 2010. All are welcome and encouraged to attend. Below is a coupon to print, valid for a free entrée at Cali Comfort with purchase of another: 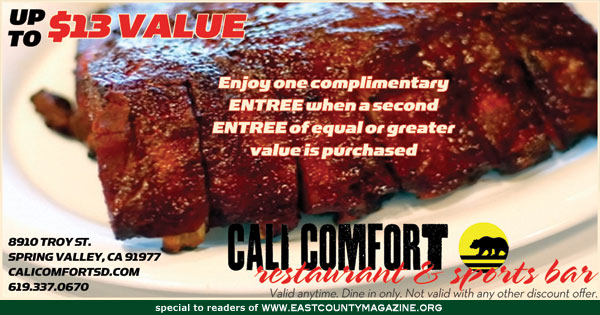 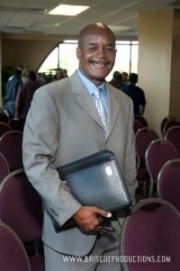 Dennis Moore is a member of the San Diego Writers/Editors Guild. He has written for LifeAfter50 Magazine in Pasadena, California, and the Baja Times Newspaper in Rosarito Beach, Mexico. He has written a yet to be published book about Chicago politics, The City That Works, Power, Politics and Corruption in Chicago, chronicling former Illinois Governor Rod Blagojevich’s attempt to sell President Obama’s vacated Senate seat. He is also the President of Bethel A.M.E.’s Prison Ministry in San Diego. Mr. Moore can be contractsagency@gmail.com.

Just recently while in Chicago to attend the funeral of my beloved brother Jerome, I got and took the opportunity to apologize to my father for the referenced and hurtful things that I had done to him sometime ago. I wanted to do this and get some closure while he was still alive. I am not that person that did those hurtful things, and I wanted him to know.

My father is best of all fathers.I give spacial gift to my father in father day.He become glad.I love my father.
alcoholism treatment center

President Barack Obama puts this book review into perspective. Check out his YouTube Father's Day speech at my former Church in Chicago.

Prior to Steve Tarde's book signing on Father's Day at Cali Comfort, he will appear on Craig Ello's sports show, which will originate from Cali Comfort on June 18th at 9AM until Noon.