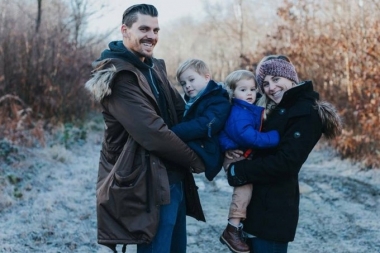 October 16, 2018 (La Mesa) – Paul Sandoval, 33, died Wednesday after a shed he was demolishing in La Mesa collapsed on him, with a large beam landing on his back.  He was found with no pulse and though paramedics revived him, he suffered brain damage and ultimately could not survive. His kidneys and liver were donated to help others live.

A GoFundMe page has been set up to help his wife, Mariah, and their three young children.

His brother, Jimmy, told NBC 7 that he had worked on many construction jobs with Paul and that he was always careful.  He offered these words of remembrance, “Paul was my best friend since birth. I looked up to him. I was very inspired by him.”