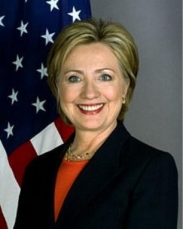 July 5, 2016 (Washington D.C.) -- FBI Director James B. Comey announced Tuesday that his agency will not recommend criminal charges against Hillary Clinton for her use of a private email server as secretary of state.

He called the handling of e-mails by Clinton and her staff “extremely careless,” adding, “Although there is evidence of potential violations of the statutes regarding the handling of classified information, our judgment is that no reasonable prosecutor would bring such a case."

The final decision will be up to the Justice Department.

Clinton campaign spokesman Brian Fallon issued a statement which reads, “We are pleased that the career officials handling this case have determined that no further action by the Department is appropriate. As the Secretary has long said, it was a mistake to use her personal email and she would not do it again.

Presumptive Republican presidential nominee Donald Trump blasted the FBI announcement in a Tweet which reads, “The system is rigged.” Trump claimed former general and CIA director David H. Petraeus “got in trouble for far less.”  Petreus pled guilty to a misdemeanor after he was accused of sharing classified information with a woman with whom he was having an affair, but was not criminally charged.

Her husband, former President Bill Clinton, drew criticism for chatting privately with U.S. Attorney General Loretta Lynch last week while both were traveling through the same airport.  Lynch later said she would step aside from making any decision in the investigation to avoid a perceived conflict of interest.

to make prosecutorial decisions. Comey went too far with his " our judgment is that no reasonable prosecutor would bring such a case" probably because he was ordered to do it, thus offering relief to Attorney General Loretta Lynch, who presumably received her orders from Bill Clinton at the Phoenix Airport where they discussed grandchildren (not). The thing stinks, not unusual in Washington especially when the Clintons are involved.