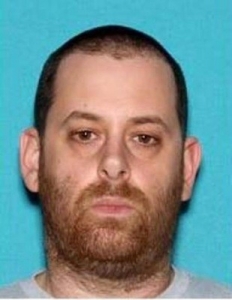 October 13, 2021 (San Diego) -- The Federal Bureau of Investigation is asking for the public’s assistance in locating wanted fugitive Michael James Pratt and is offering a reward of up to $50,000 for information leading to his arrest.

Pratt is wanted for his alleged involvement in a conspiracy to recruit underage girls and young adult women to engage in commercial sex acts by force, fraud, and coercion. Pratt and his co-conspirator, Matthew Isaac Wolfe, owned and operated a pornography production company and online pornography websites named “GirlsDoPorn” and “GirlsDoToys.”

Pratt’s pornography websites generated more than $17 million in revenue. A federal arrest warrant was issued for Pratt in the United States District court, Southern District of California, in November 2019.

All of Pratt’s co-conspirators have been arrested and have either pled guilty or are awaiting trial. Pratt is the lone outstanding fugitive in this case.

“The defendant lied and tricked these women, made millions along the way, and left his co-conspirators to face justice while he fled,” said FBI Special Agent in Charge Suzanne Turner. “Michael James Pratt is a danger to society, regardless of where he is, and is likely still victimizing people while on the run with his continued lies and false promises.”

Pratt has ties to multiple countries and has the financial means to be anywhere around the world.

Anyone with information regarding the whereabouts of Michael James Pratt is asked to call 1-800-CALL-FBI, go to tips.fbi.gov, or contact your local FBI field office or the nearest American Embassy or Consulate.