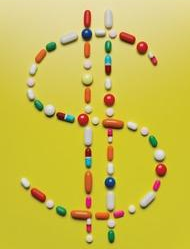 February 2, 2016 (Washington D.C.) - A battle is looming on Capitol Hill over who will be the next commissioner of the U.S. Food and Drug Administration, or FDA.

President Barack Obama has nominated Dr. Robert Califf.  But the New York Times asserts that Dr. Califf  "has deeper ties to the pharmaceutical industry than any FDA commissioner in recent memory."

At Duke University, he led a clinical research center that received most of its funding from drug companies. As recently as last year he has acted as consultant for several drug and medical device manufacturers, raising questions over whether he could be an objective guardian of the public health.

His nomination has cleared a key committee, so the next step is a vote in the full Senate. Several prominent Democratic Senators have announced they will oppose the nomination, including presidential candidate Bernie Sanders.

This is not the first controversial appointment Obama has made at the FDA.  In 2009, he named Michael Taylor, a former Monsanto vice president, as Deputy FDA Commissioner of Foods, drawing outrage from consumer groups.