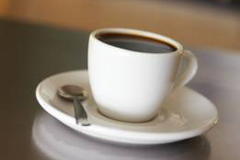 September
25, 2008 (SAN DIEGO) - The U.S. Food and Drug Administration (FDA) issued
a consumer alert today warning that numerous products have been found to be
contaminated with melamine – the same deadly toxin that killed thousands
of cats and dogs in contaminated pet food last year.

The FDA found that seven Mr. Brown instant coffee and milk tea products manufactured
in China are being recalled by the King Car Food Industrial Co. Ltd. due to
possible contamination with melamine.  The products, manufactured by China’s
Shandong Duqing Inc., are:

The FDA recommends that consumers not consume any of the above Mr. Brown instant
coffee and milk tea products. The FDA also recommends that retailers and foodservice
operators remove the products from sale or service.  Anyone who has consumed
these products and is having health problems is advised to seek medical help
immediately.

More than 20,000 children in China have been hospitalized this
month with kidney stones and other serious health problems from infant formula
contaminated with melamine.  Although the FDA has thus far not found the
tainted formula in the U.S., consumers are cautioned not to order Chinese-made
infant formula over the Internet and to avoid purchasing Chinese-made infant
formula that may be on shelves in Asian markets.
White Rabbit creamy candies tested in New Zealand have also been found to contain
high levels of melamine.  It is unclear whether these candies have been
sold in the U.S.

The latest round of poisonings highlights serious deficiencies
in the U.S. food supply. Only a small fraction of foods imported into the U.S.
are currently tested by the FDA. Recent salmonella outbreaks revealed news
that imported produce is often mixed together before sale, making it difficult
or impossible to trace to the original source.

In response to the melamine crisis,
the FDA  reports that it has broadened
its domestic and import sampling and testing of milk-derived ingredients and
finished food products containing milk, such as candies, desserts, and beverages
that could contain these ingredients from Chinese sources.  Milk-derived
ingredients include whole milk powder, non-fat milk powder, whey powder, lactose
powder, and casein.   The FDA is also working with state and local
governments, Customs and Border Protection within the U.S. Department of Homeland
Security, the U.S. Department of Agriculture, other federal agencies, and foreign
governments.