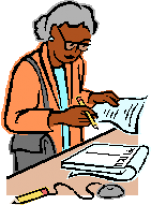 June 18, 2014 (San Francisco) – Voters don’t have the right to know who is paying for ballot initiatives before signing a petition to put measures on the ballot, a federal court has ruled. By a slim 2-1 vote, the 9th Circuit Court of Appeals this week overturned a California election law that had required this information be disclosed on petitions presented by signature gatherers.

The Court issued a decision Monday on the case, which originated in Chula Vista. The majority held that requiring disclosure of sponsors violates the First Amendment right to anonymous speech. In its ruling, the court claimed anonymity puts focus on issues instead of personalities and protects backers from harassment.

“Voters who wish to know the identities of official proponents need only make a trip to the City Clerk's office or search for the publication of the petition in their newspapers of general circulation," Judge Diarmuid O'Scannlain, a Reagan appointee, wrote for the majority.

But some say that’s not enough Common Cause has now launched an effort to win support for the Ballot Initiative Transparency Act, SB 1253, which aims to give more information to voters, though recent amendments have watered down the initial measure. View text here.

The case arose from attempts by the construction industry to put a measure on the Chula Vista ballot prohibiting the city from using funds for projects that required union labor.

The appellate court majority cited past Supreme Court rulings that overturned laws in other states which had prohibited anonymous campaign flyers and required badges on signature gatherers.

The attorney for the plaintiffs is James Bopp, who is also the force behind the landmark Citizen’s United ruling in which the U.S. Supreme Court overturned campaign finance restrictions, opening the door to virtually unlimited campaign spending by corporations and wealthy individuals.