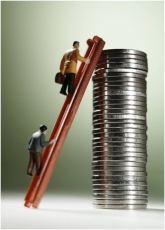 Complaints have been filed against the following lead defendants, in alphabetical order:

These complaints were filed in federal or state court in New York or the federal court in Connecticut. The complaints seek damages and civil penalties under the Securities Act of 1933, similar in content to the complaint FHFA filed against UBS Americas, Inc. on July 27, 2011. In addition, each complaint seeks compensatory damages for negligent misrepresentation. Certain complaints also allege state securities law violations or common law fraud.

As conservator of Fannie Mae and Freddie Mac, FHFA is charged with preserving and conserving these companies’ assets and does so on behalf of taxpayers.

“The complaints filed today reflect FHFA’s conclusion that some portion of the losses that Fannie Mae and Freddie Mac incurred on private-label mortgage-backed securities (PLS) are attributable to misrepresentations and other improper actions by the firms and individuals named in these filings,” a release issued by FHFA stated. “Based on our review, FHFA alleges that the loans had different and more risky characteristics than the descriptions contained in the marketing and sales materials provided to the Enterprises for those securities.”

FHFA filed the complaints under the broad authority granted to it by the Housing and Economic Recovery Act of 2008. The U.S. legal system provides for addressing such alleged misrepresentations through the nation’s securities laws and traditional common law. FHFA is following those legal remedies in filing these complaints and seeks to recover on losses to the Enterprises that are the legal responsibilities of others.

Discussions regarding these matters have taken place with several of the firms receiving complaints, the FHFA stated, adding, “Where constructive, they will continue.”