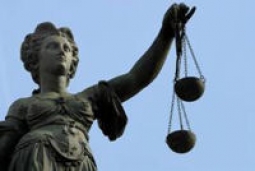 May 19, 2012 (San Diego’s East County) – A federal judge has ruled that section 1021 of the National Defense Authorization Act of 2012 is unconstitutional, violating the First Amendment of the Constitution by having a chilling effect on free speech.

The clause allowed the U.S. military to arrest and indefinitely detain anyone—even U.S. citizens—for providing substantial support to terrorist groups.  Civil libertarians opposed the clause and journalists filed suit, arguing that the definition was so vague that reporters and political activists feared they could be indefinitely detained.

Katherine Forest, U.S. District Judge in New York, made the ruling on Wednesday. Government lawyers had tried to argue that the plaintiffs lacked standing to sue, but Judge Forest found that they did.

The plaintiffs include Chris Hedges, Pulitzer Prize winner and former New York Times foreign correspondent. Hodges said he feared detention if he interviewed sources in the Middle East.  Alexa O’Brien, a Wikileaks supporter, said she withheld publication of interviews with Guantanamo detainees due to fear of the new law.

Others cited fears that activist groups such as the Occupy movement or even some environmentalists could be deemed terrorist organizations that might subject members to rendition for indefinite detention.

The Judge’s ruling is subject to appeal.

Nice to see some government officials taking the lead against this act of tyranny. Hopefully, if more of them follow suit and unite against NDAA, this unconstitutional piece of legislation will be struck down forever! There's a good article that shows the opposition to NDAA and what people are doing about it: http://www.martiallawusa.com/wp/?p=45 ... Take a look sometime and get involved!