Decision conflicts with some other rulings; measure likely to be decided by Supreme Court 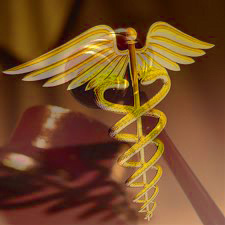 January 31, 2011 (San Diego’s East County) – U.S. District Court Roger Vinson in Florida today ruled that it is unconstitutional to require people to have healthcare insurance by 2014 or pay fines. His is the fourth ruling on the insurance mandate provision; two have found it constitutional, while a Virginia judge found it unconstitutional. (All four cases are being appealed.) But Judge Vinson’s decision goes further than the Virginia ruling.

“Because the individual mandate is unconstitutional and not severable, the entire Act must be declared void,” Vinson wrote in a decision that promptly sparked both praise and criticism.

Stephanie Cutter, White House advisor and assistant to President Barack Obama, denounced the ruling as “judicial activism” that is “well out of the mainstream of judicial opinion.” In a statement on the White House website, she added, “ Twelve federal judges have already dismissed challenges to the constitutionality of the health reform law, and two judges – in the Eastern District of Michigan and Western District of Virginia – have upheld the law.”

The Justice Department plans to appeal the verdict. “We strongly disagree with the court’s ruling today and continue to believe—as other federal courts have found—that the Affordable Care Act is constitutional,” Justice Department spokesperson Tracy Schmaler said, CNN reports. The Justice Department may also seek a stay while the appeal is pending, Schmaler added, to assure that other protections provided by the new law will remain in place, such as benefits for seniors under Medicaid.

House Speaker John Boehner (R-Ohio) promptly called upon the Democratic leadership in the Senate to take up repeal of the bill. “Today’s decision affirms the view, held by most of the states and a majority of the American people, that the federal government should not be in the business of forcing you to buy health insurance and punishing you if you don’t,” he said.

But Senator Majority Leader Harry Reid (D-Nevada) said the lawsuit is a thinly veiled attempt “by those who want to raise taxes on small businesses, increase prescription prices for seniors and allow insurance companies to once again deny sick children medical care…Health care reform is the law of the land and, now that Americans see its benefits, a majority of them oppose Republicans’ dangerous plans to repeal a law that put patients in control of their own health care.”

Vinson, who was appointed by President Ronald Reagan, did, however, uphold the law’s expansion of Medicaid and rejected state’s arguments that the expansion infringes on their sovereignty. He also stopped short of granting an injunction, which plaintiffs had requested, which would have halted the law from being implemented while the case is on appeal.

The ruling casts a cloud, however, over the future of other requirements in the law, such as states setting up exchanges for individuals and small businesses to purchase private insurance with federal subsidies, as well as prohibitions on insurers denying coverage to people with pre-existing conditions.

The case is among 25 challenges filed in federal courts by Republican state attorney general ssince the laws’ passage last March. Legal experts agree on one point: the measure’s constitutionality will ultimately be decided by the U.S. Supreme Court.