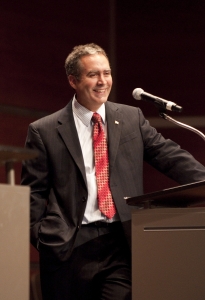 November 18, 2018 (San Diego) – The U.S. 9th Circuit Court of Appeals on Thursday dismissed an appeal from the California Public Utilities Commission which had sought to block payment of $5.4 million in legal fees to the law firm of former San Diego City Attorney Mike Aguirre. The fees were for work done by Aguirre’s firm on behalf of ratepayers in a settlement which saved ratepayers $775 million dollars related to shutdown of the San Onofre nuclear power plant.

A radiation leak caused by a faulty steam generator led tothe 2012 shutdown. In 2014, the CPUC approved ratepayers footing the bill for 70% of the $4.7 billion in costs, with utility shareholders paying only 30%.

Citizens’ oversight, an El Cajon-based watchdog group, and other ratepayer advocates filed suit in federal court, represented by Aguirre’s firm. The case led to a revised settlement which made shareholders pay an additional $775 million of those costs, reducing ratepayers’ share to $3.3 billion.

Even though Southern California Edison, the majority owner of the failed nuclear power plant, agreed to pay the full $5.4 million in legal costs to Aguirre’s firm without charging ratepayers, the CPUC balked, claiming the fees were too high.  But the federal court on Thursday rejected that argument.

Ray Lutz, founder of Citizens’ Oversight, states, “Just as I predicted. Judges threw out CPUC attempt to block the result of the federal case settlement. Mike Aguirre and Mia Severson and their firm worked to undo the unfair settlement and that required filing a case in federal court.”

He adds that without the case in which Citizens Oversight was the lead plaintiff, “There is no way we would have gotten this improvement in the settlement and the CPUCis unable to process this type of big hit to their friends running the utilities.” Lutz adds, “I am happy to see it finally resolved.”