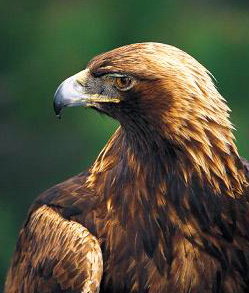 San Diego and Imperial County Eagles Are at Risk

The Protect Our Communities Foundation (POC), a nonprofit community organization in San Diego’s East County, opposes this rule change stating it would harm eagles, has not been adequately studied, and violates federal law. Two local  wind projects would be affected by the change.

“If you increase the length of eagle take permits from five years to 30 years, common sense says there are going to be some effects on eagles. But the federal government didn’t study the impacts of this rule change even though the National Environmental Policy Act requires it. Instead, the feds have decided to break the law and use eagles as lab rats,” said Kelly Fuller, consultant to The Protect Our Communities Foundation. Fuller was formerly the Wind Campaign Coordinator at American Bird Conservancy in Washington, D.C.  “According to the FWS’s own Eagle Conservation Plan Guidance, there are no proven measures that will reduce the numbers of eagles killed once the wind turbines are installed,” she added. “This rule change is a disaster.”

Before the rule change, FWS offered programmatic eagle take permits that would allow companies to kill specified numbers of eagles at their facilities for up to five years, as long as those deaths were unintentional and measures were taken to reduce and offset the deaths. The rule change allows permits to last for up to 30 years. When FWS first made these permits available in 2009, it said that permits would be limited to five years or less because longer permits could be incompatible with the preservation of eagles.

Under the old system, the permits could be renewed after five years unless there was reason to not to renew them. The rule change abandons the every-five-years-renewal process in favor of longer permits, thus removing the public’s opportunity to help protect eagles by commenting at the time of permit renewal.

1.      The Avian Bat Protection Plan for Phase II of the proposed Tule Wind Project states that the project will apply for an eagle take permit before it begins operation. A memo obtained by POC through a Freedom of Information Act request shows that FWS regards Phase II of the Project as high risk to Golden Eagles and thinks that it “would likely cause ongoing mortality of eagles and their offspring.” As a result, FWS asked that Phase II be redesigned or moved to another location.

2.      The Eagle Conservation Plan for the Ocotillo Express Wind Energy Facility says that if the project kills a Golden Eagle, the project will discuss with FWS whether to apply for an eagle take permit. Please note, the Bald and Golden Protection Act strictly forbids killing eagles without an eagle take permit, so the Project would have already broken the law.

“This rule change isn’t needed because we don’t have to choose between protecting eagles and developing clean energy. We can do both. There are clean energy alternatives that are less harmful to eagles, such as rooftop solar and energy efficiency,” said Bill Powers, an energy expert who is a member of the POC Board of Directors.

The rule change is particularly troubling given that David Bittner, the eagle "expert" hired by the wind energy companies, concluded the project would not pose serious dangers to eagles. Bittner was recently convicted in federal court on charges related to his mishandling of eagles, lack of permits, and failure to turn over tracking data to federal wildlife officials.

The FWS memo characterizing Phase II of the Tule Wind project as high risk to Golden Eagles is available at http://protectourcommunities.org/wp-content/uploads/2013/12/usfws_memo_abpp_tulewind_phaseii.

The Eagle Conservation Plan for the Ocotillo Express wind project is available at http://www.blm.gov/pgdata/etc/medialib/blm/ca/pdf/elcentro/nepa/ocotilloexpress/feis.Par.48467.File.dat/AppL9.pdf.

With these wind projects it does matter what the impacts to people or this planet, there will be a countless parade of industry and political shills that will attempt to wipe them away. The slaughter of eagles is just part of this corrupt process.  One would think that wind lobbyists promoting wind industry lies would be met with great disdain in our capital.  Unfortunately this is not the case and they have been embraced by unethical politicians including our President.

Our President loves Hawaii and spends his vacations on Oahu. It would take over 5000 2.5 MW turbines to make a serious dent in the energy needs of this Island and Oahu would still need backup energy sources and tankers bringing in fuel.  From the air  this island would look like a huge porcupine. In the end this industrialization would certainly stop tourism and send residents fleeing from the island.

Another thought is that Oahu could smother other Hawaiian Islands with turbines to satisfy their Renewable Energy Mandates and preserve this Island for the President.  After all this is the pattern seen on the US mainland where "Island" cities like Los Angeles and New York are devouring surrounding landscapes with their energy projects.

A truly wise President would look ahead and consider the complete stupidity in all this because it will take millions of these turbines to sort of run the big cities in America. Substantial backup energy sources will still be needed, and like the Hawaiian Islands, the surrounding landscapes of America destroyed.  If this does take place, this administration's participation in the mitigation of greenhouse gases will go down in history looking like treason.