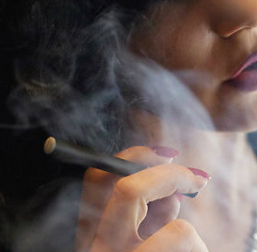 May 5, 2016 (Washington D.C.) –Today the U.S. Food & Drug Administration announced that it will regulate electronic cigarettes and hookahs and ingredients for such devices like tobacco products.  Pipe tobacco and cigars are also included in the regulations, which will require pre-approval of all such products in the future.

The FDA announcement calls the action a “milestone in consumer protection.”

Packages on any approved products must carry health warnings and selling such products to children will be illegal.

The Centers for Disease Control found that e-cigarette use among teenagers tripled in just one year, alarming public health officials, since teens who use e-cigarettes are more than three times as likely to start smoking traditional cigarettes.

Also, poison control centers have reported soaring numbers of poisonings involving children who consumed liquids from e-cigarettes, some in flavors that are attractive to children such as gummy bears or cookies and cream.

Some e-cigarette ingredients also contain carcinogens and other harmful chemicals, the FDA has found.

The new regulations were adopted after public meetings and input from stakeholders.