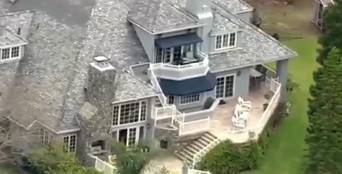 February 13, 2019 (Jamul) – A mansion in Rancho Jamul Estates owned by prominent jeweler Leo Hamel was raided today by the Federal Bureau of Investigation (FBI) and agents from the Bureau of Alcohol, Tobacco and Firearms. Some of his jewelry stores were also searched in connection with a firearms trafficking case, 10 News reports.

In 2016, Hamel ran for the California State Assembly as a Republican, seeking to represent most of East County. Despite announcing that he had dropped out before the primary election, his name remained on the ballot and he advanced to the November run-off, but was defeated by Randy Voepel.

Authorities have thus far declined to divulge details on the investigation.

...the time when a place was raided by the feds and local police here in El Cajon - August of 2011. https://www.eastcountymagazine.org/iraqi-organized-crime-ring-busted-el-cajon-group-linked-sinaloa-mexican-drug-cartel