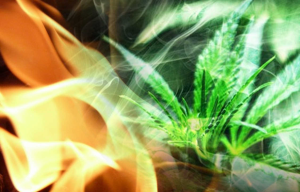 January 5, 2018 (Washington D.C.) – U.S. Attorney General Jeff Sessions yesterday announced he is rescinding the Cole memorandum, an Obama administration policy that prevented the federal government from interfering with states that voted to legalize marijuana sales and use, though prosecutors could still target drug smugglers or criminals targeting minors.

Under Sessions’ new policy, federal prosecutors in states where pot is legal can now choose how aggressively they wish to enforce federal marijuana law. The action causes confusion in California, where sales of recreational marijuana began January 1st in accordance with a voter-approved ballot initiative, and could have a chilling effect nationally.  Around 40 states have legalized medical marijuana and eight states plus the District of Columbia also allow recreational marijuana use.

The announcement has had an immediate impact, with publicly traded cannabis companies’ stock values falling 15% since the news broke, New Frontier data reported late yesterday.  The company which provides objective analysis and business reporting on the cannabis industry states in a press release that “some companies have already lost 30% of more of their stock value since the announcement.

However New Frontier Data CEO Giadha Aguirre De Carcer predicts, “this announcement is unlikely to be massively disruptive to cannabis businesses already in operation. Consumers are not going to stop buying cannabis in legal states, and businesses are not going to start laying off people or closing their doors just become of this announcement. In the long run, the key question is how, specifically, the DOJ intends to enforce federal law in legal stastes, and that is still too early to tell.”

Kevin Sabet, president and CEO of Smart Approaches to Marijuana, an anti-marijuana group, hailed the announcement. "This is a victory. It's going to dry up a lot of the institutional investment that has gone toward marijuana in the last five years,” Sabet stated, Associated Press reports.

California Insurance Commissioner Dave Jones issued a statement condemning Sessions decision to roll back the Cole Memorandum.  “I stand with the voters of California in defending California’s efforts to legalize cannabis,” Jones states, noting that the action is contrary to the Rohrabacher-Blumentauer amendment that prohibits the Justice Department from spending funds to interfere with implementation of state medical cannabis laws, though that Congressional action expires January 19th.

But Jones adds, “It is simply contrary to good law enforcement  practice for the federal Department of Justice to waste time and resources going after legitimate cannabis businesses and consumers in California.”  He notes that the war on cannabis has imprisoned tens of thousands of people for non-serious, non-violent crimes, adding, “Placing numerous businsesses, consumers and medical patients at risk is not a responsible decision. California should and will litigate to defend its right to legalize and regulate cannabis.”

Where is the california congressional deligation on this? The senate, difi and the harris girl?
Congress can change the law, tell the police unions and others to take a walk
As usual they are too busy lining their pockets and spewing idiocy