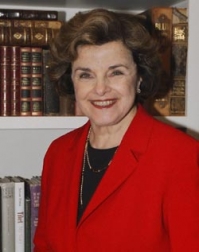 September 16, 2015 (Washington D.C.) – Wildfires, unlike  earthquakes or hurricanes, are not funded as natural disasters---and the money to fight devastating fires is running out.  Now as wildfires ravage our state, Senator Dianne Feinstein, a California Democrat, has issued a statement urging Congress to pass the Wildfire Disaster Funding Act. Here is her statement in full:

“California is suffering from one of the worst fire seasons in decades, intensified by the most severe drought conditions in 500 years. More than 7,000 fires have burned this year to date, consuming more than 740,000 acres of land. Fire chiefs say they’re seeing some of the most dangerous fires ever, fires that move faster and are more intense than past years.

“One civilian has been killed and tens of thousands of people have been forced to evacuate. According to the U.S. Forest Service, 756 homes have been destroyed by the Butte and Valley Fires alone, and thousands more homes and businesses are currently threatened.

“Unfortunately, the way we pay for firefighting activities worsens the situation. The Forest Service this year will borrow $700 million to fight current fires—money that was intended to prevent future wildfires by removing brush and dead trees. This approach means California and other Western states will be even more vulnerable to devastating wildfires next year as vital prevention programs are delayed, sometimes indefinitely.

“The Wildfire Disaster Funding Act, a bill introduced by Senator Wyden that I strongly support, would help solve this problem. Once fire spending exceeds a certain threshold, firefighting would be funded through a separate, disaster account.

“The bill would fund wildfires the same way other natural disasters like hurricanes and tornadoes are handled—through disaster funding. No one should have to worry about getting an appropriation of additional funding to fight fires in the driest conditions in 500 years.

“I applaud the administration for supporting this proposal and am hopeful the Senate will act on this bill as soon as possible.”