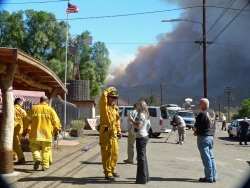 June 7, 2011 (Potrero) – Following intense media scrutiny and letters from federal and local elected officials, the Federal Emergency Management Agency (FEMA) has retracted its demand that Veronica Lytle of Potrero pay back over $1,600 in disaster funds that she received for damage to her home in the 2007 Harris Fire.

But the fate of 36 other local disaster victims who have been asked to refund money to FEMA remained unclear.

In an e-mail received today by ECM, a FEMA representative who spoke on background revealed that Veronica Lytle “is not responsible for repayment.” A “recoupment rescinded” notice was mailed to Lytle on May 31st, the FEMA spokesperson added.

The confusion arose because a FEMA represented mistakenly recorded damages at the Lytle home as caused by “tornado/wind,” however only fire damage was eligible for compensation under the federal disaster declaration for the area.

An East County Magazine inquiry repeatedly asked FEMA to explain why extensively documented damages from ashes blown into the home during the firestorm would not be considered fire damage, since ashes are created not by wind, but by fire. ECM’s editor noted that she was in Potrero during the Harris Fire and personally witnessed mountains of ashes on the Lytle’s street and on property next door to the Lytle home. 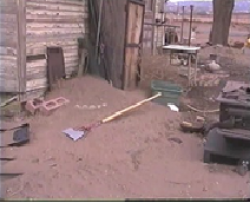 The FEMA spokesperson acknowledged that upon further review of materials sent by Lytle in an appeal, damages “should have been recorded as fire” even though the home did not actually burn.

The decision drew praise from the offices of elected officials.

“I’m certain Supervisor Jacob believes that pressure from media contributed to the reversal,” said Jennifer Stone in Supervisor Dianne Jacob’s office. She added that the Supervisor has not received a formal response to a letter that she sent to FEMA on May 18.

In that letter, JACOB urged FEMA to reconsider its effort to recover money from victims of the 2007 firestorm. “This region has suffered enough from firestorms over the past decade,” she wrote. “Fire victims should not continue to suffer because of FEMA’s mistakes.”

Joe Kasper, spokesman for Congressman Duncan Hunter, reacted to today’s news. “It’s the right decision from FEMA,” he said, “though it’s unfortunate it ever got to this point.” Rep. Hunter had also sent a letter demanding an explanation from FEMA for the agency’s actions. In addition, Hunter objected to FEMA's insistence that disaster victims pay the disputed amount before being allowed to file an appeal. 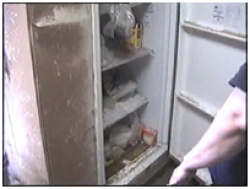 "While I appreciate the need [to] recover improper payments due to fraud, I am concerned about a process that goes after citizens without timely notice or sufficient time to deal with an error, made not by the, but by FEMA," said Hunter, adding that in San Diego, 36 individuals have received a "notice of debt" letter from FEMA.

He urged FEMA to give "priority to arguments put forward by the individual", to waive interest and expedite the appeals process for survivors, who "have gone through a traumatic and financially draining event," with many "still in a financial crisis."

Congressman Bob Filner, in a letter to FEMA on June 1, noted that a 2007 lawsuit against FEMA discovered the agency’s procedures were “rife with problems” and that the agency overhauled its procedures in 2008—nearly a year after the 2007 wildfires in San Diego.

“I urge you to cease your efforts to recover money from victims of the San Diego 2007 wildfires and other victims of this unfair collection,” Rep. Filner wrote. “Disaster victims should not continue to suffer!”

Federal and County representatives' letters to FEMA came as a result of ECM notifying their offices of FEMA's actions, sparking a firestorm of controversy.

Jan Hedlun, an elected member of the Potrero Planning Group and friend of Lytle, also sent a letter describing massive damage she witnessed inside the Lytle home from heavy ash that covered the interior after a door blew open.

Lytle sent numerous photos with her appeal, documenting the ashes that filled her home as evidence that damage was due to fire, not merely high winds, requiring extensive cleanup.

The news comes  as welcome relief to Lytle, who is disabled, and her husband, caretaker for her elderly mother with Alzheimer's. The couple has contended they could not afford to repay the funds which have been expended on clean-up of their home.

Neither FEMA nor the Freedom of Information Act office (FOIA) has yet provided responses to multiple written and telephone inquiries made by ECM requesting records of other disaster victims locally who are impacted by FEMA’s actions. FOIA has pledged to provide statistical records but will not divulge names.