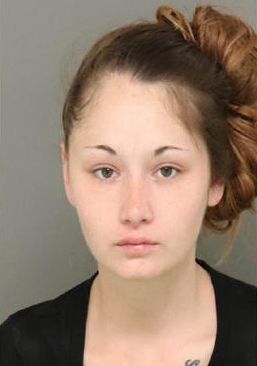 Inmate was a resident of Santee; local law enforcement closes streets and roads in a wide perimeter around the jail

April 7, 2019 (Santee) – An inmate arrested on Apr. 1 for possession of a stolen vehicle and drug possession eluded local law escaped from the Las Colinas Detention and Re-Entry Facility in Santee on Saturday evening.

The inmate was identified as Destiny Guns, 22, of Santee.

She is described to be 5-foot-2-inches tall and weighing 100 lbs. She has green eyes and brown hair, according to the San Diego Sheriff’s Department. The inmate has tattoos of an elephant skull on her right arm and a grasshopper on her chest.

Guns' jail clothes and sandals were found by search dogs, deputies said, though the dogs eventually lost her scent. She was seen in a field southwest of the jail wearing blue pants and a white top, which authorities say possibly was a sports bra.

The search of Guns initially concentrated in the area of Cottonwood Avenue and Mission Gorge Road in Santee as Sheriff's ASTREA search overhead with deputies on the ground. The area is surrounded by parks, neighborhoods, and a busy shopping center.

Sheriff officials say that Guns may have had outside assistance with her escape.

The search was called off at 9:30 p.m. and local law enforcement officials re-opened the roads and streets in the perimeter of the Las Colinas Detention Center in Santee soon thereafter.

Guns was declared missing after 6 p.m. when that jail staff noticed that she had not returned from a medical appointment right away. She was allowed to walk to-and-from her appointments alone as she was considered to be a low-level prisoner who has does not have a history of violence. In order to escape she would had to have jumped over several high fences.

Deputies noted that the living arrangements in the detention facility are bunks in a large room.

Women prisoners scheduled to arrive at Las Colinas on Saturday evening were diverted to the sheriff’s detention facility in Vista.

Residents are advised to call 9-1-1 or the Sheriff’s Department at (858) 560-5200 or call Crime Stoppers at (888) 580-8477 should they spot Guns or have any information about her whereabouts. Calls to Crimestoppers allow residents to remain anonymous and be eligible for up to a $1,000 reward for information that leads to an arrest. 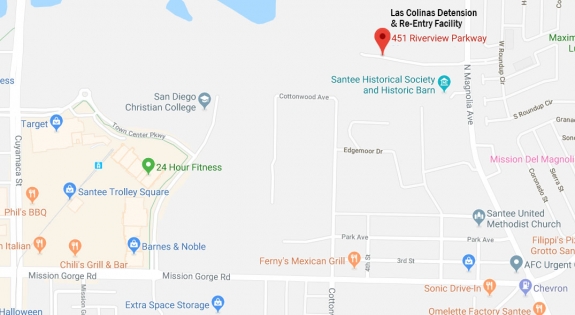 Wasn't implying that she would. Just some interesting information for the curious.
@grandfather she isn't going ti be logging in to her accounts
Destiny Ciara Guns - hometown: Baltimore, Md. - from Perryville. Md. - Instagram: cblaze1797 / photos - also on Facebook / photos.