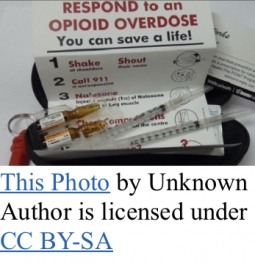 December 10, 2021 (San Diego) -- County Supervisors this week heard an update on efforts to combat the fentanyl crisis through a countywide substance abuse harm reduction strategy. Dr. Wilma Wooten, County Public Health officer, said there has been a stark increase in accidental overdose deaths from 2019 through October 2021—and most of those were due to fentanyl.

She told Supervisors, “While we have evaluated the COVID-19 crisis, our region faces another public health crisis.”  So far this year, 1,023 people have died of overdoses, including more than 600 from fentanyl – a 200% increase over last year.  The impact is most significant in small communities. For example, Dr. Wooten said Native Americans represent a small percentage of the county’s population, yet Native Americans have the highest overdose death rate of any ethnic or racial group locally.

She presented some shocking numbers. From 2016 to 2020, the rate of deaths due to fentanyl increased 990%.  2020 also had the largest increase in alcohol-related deaths in the past five years, with 302 deaths, a 38% increase since 2019, before the pandemic lockdowns.

An estimated one in 13 San Diego County residents, or 8% of the population, has substance abuse disorders.

The county’s strategy is focusing on harm reduction, with a priority to keep people alive. Dr. Wooten said distribution of naloxone, a nasal spray to counter overdoses, to first responders has been very impactful. Naloxone is also available to the public at public health centers and has been distribution at other locations, but wider dispersal is needed. The goal is to distribute 33,000 naloxone kits annually.

A new screening program for addiction is being implemented through a pilot program, including pregnant women at Las Colinas receiving medication for addiction.