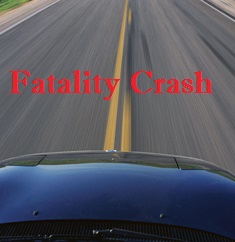 East County News Service
October 12, 2020 (Jacumba Hot Springs) – The driver of a blue 2008 Toyota Camry died at the scene of a fiery single-vehicle crash shortly before 6 a.m.  The unidentified male driver lost control on I-8 west, just west of Carrizo Gorge Rod. The vehicle plunged down a rocky embankment, overturned and caught on fire.
California Highway Patrol and fire personnel responded to the collision, but unfortunately the driver succumbed to his injuries on scene.  The Medical Examiner’s office was notified, responded and took possession of the deceased.
It is unknown at this time, if the driver was wearing a seatbelt.  It is also unknown if alcohol or drugs played a factor in this crash, according to the California Highway Patrol.
Once the identity of the driver becomes known, it will be released only through the Medical Examiner’s office after family notification.