Kinde Durkee is accused of stealing funds from dozens of Democratic candidates  including Congresswoman Susan Davis, as well as many charitable organizations 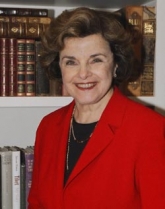 Durkee was arrested Sept. 2 by the FBI and charged with fraud. She is accused of robbing dozens of politicians, political committees, and nonprofit charities. She is free on bond. Meanwhile, bank accounts for those who lost money have been frozen, leaving those robbed feeling that they have been victimized twice.

We’ve been going crazy with this," said Yolie Acosta of the Latino Diabetes Association, just after she got off the phone with her group's insurance company, Huffington Post reported. "We don’t have any money to pay our bills."

California Young Democrats, too, has found itself locked out of its own bank accounts. “We cannot access them, and we don’t even know if there is any money in them to access,” Jennifer Longley, present wrote in a plea to supports for donations. “This could not have come at a worse time. The money CYD had set aside to meet our operating expenses, including staff salary, caucus projects and the down payment money needed for our Biennial statewide organizing retreat in Tahoe, is gone—either unreachable or missing.”

Congresswoman Susan Davis (D-San Diego) has said her campaign lost some $250,000 due to Durkee’s actions. “We have been robbed!” she said in a letter to supporters. Davis has called Durkee the “Bernie Madoff” of campaign finance treasurers.

Feinstein’s suit demands full access to bank records related to her accounts, including transfers to other accounts held at the bank, as well as repayment of “all funds wrongfully transferred” within the bank. She does not know how much of the $5 million was stolen, since the bank has refused access to records for all the accounts frozen.

San Diego Democratic Central Committee Chairman Jess Durfee has indicated that unlike some central committees also victimized, San Diego's funding was handled by a local treasurer, not by Kinde Durkee.

Prior to the scandal, Durkee had a reputation as one of the top campaign treasurers in California. She handled funds for hundreds of candidates and organizations, and it is unknown how many more may also have been impacted. While most of the candidates were Democrats, the Flash Report has indicated that she also handled the account for one Republican candidate, Claude Parrish, who ran for County Assessor and Treasurer. It is unknown whether he may also have been ripped off.

The California Fair Political Practices Commission (FPPC) is holding its own investigation and will meet on September 30th. An FPPC spokesperson has indicated the regulatory agency will consider granting a waiver to candidates who had funds stolen, according to a Fox TV affiliate in Los Angeles. The waiver could allow donors who gave the maximum to donate again as candidates struggle to rebuild their campaign coffers in time for next year’s June primary elections.

Here's someone worse than Madoff. Read then forward this link to everyone you know, so they don't get scammed: http://texsquixtarblog.blogspot.com/2009/04/who-is-worse-bernie-madoff-o...