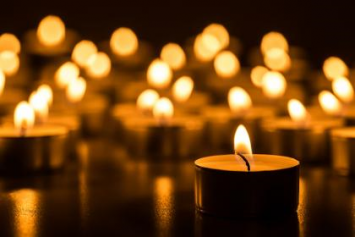 April 29, 2019 (Poway)  -- In the wake of Saturday’s tragedy at Chabad of Poway, the San Diego Jewish community and its allies will gather at Poway High School (1550 Espola Rd., Poway) tonight at 6:30 p.m. to honor the victims and to stand together against anti-Semitism – and hate of all kinds.

In partnership with Poway Unified School District, the vigil is being convened by the Anti-Defamation League of San Diego County, Jewish Community Foundation, Jewish Family Service of San Diego and Jewish Federation of San Diego County. The  Mayors of Poway and San Diego will speak, along with religious, law enforcement, civil rights and education leaders.

"People of all faiths should not have to live in fear of going to their house of worship. From Charleston to Pittsburgh to Oak Creek and from Christchurch to Sri Lanka, and now Poway, we need to say 'enough is enough.' Our leaders need to stand united against hate and address it both on social media and in our communities,” said ADL CEO Jonathan Greenblatt in response to this horrific event.

This event is open to the public, and parking will be available onsite. Due to security recautions, please be prepared for a security check before entering the event. The event will proceed regardless of weather, though attendees are encouraged to bring umbrellas. Attendees should also avoid bringing bags, if possible.