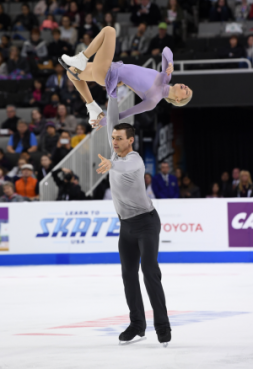 January 7, 2018 (Ramona) – Chris Knierim and his wife, Alexa Scimeca Knierim, have been chosen to represent the U.S. in the 2018 winter Olympics in PyeongChang, South Korea in February, after capturing the first place medal at the U.S. Figure Skating Championships.

Knierim grew up in Ramona and Escondido, skating at San Diego Ice Arena in middle school, NBC 7 has reported.

The couple nailed their Olympic spot with their signature thrown quadruple twist, despite missing side-by-side jumps.  They finished first overall after also taking first place in the short program. 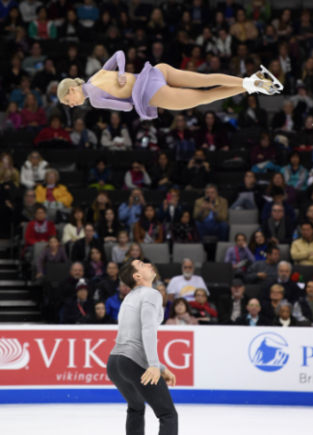 Alexa has recovered from a rare abdominal illness that struck her in 2016, forcing her to undergo multiple surgeries, the San Diegio Union-Tribune.  When the scores were announced after the long program, Alexa was in tears while Knierim sported a broad grin.

They will be the only U.S. team competing at the 2018 Olympics. The U.S. has not medaled in pairs at the Olympics since 1988.

The team now trains in Colorado. Their choreographer is the legendary Christopher Dean, who along with his partner,  Jayne Torvill, won the gold medal at the 1984 Olympics and returned  to take the bronze medal a decade later in the 1994 Olympics, according to the U.S. Figure Skating Association.