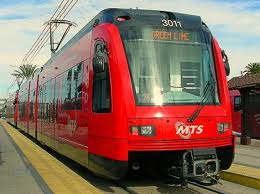 “There is so much more the city can do to take care of our students,” said Filner, a former history professor at San Diego State and President of the San Diego School Board who has long championed education. He got his start in politics when the School Board attempted to close his children’s school. Later, in Congress, as Chair of the Veterans Affairs Committee, Filner pushed for passage of the G.I. Bill for the 21st Century, making college available for over 700,000 returning veterans.