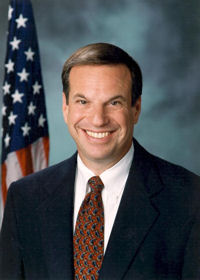 May 5, 2012 (San Diego) – Shortly before the start of the Chamber of Commerce and Bridgepoint Education Mayoral Forum at the “Sunroad” Building recently, U.S. Congressman and Mayoral candidate Bob Filner issued a statement denouncing predatory practices of Bridgepoint and its taxpayer-funded targeting of veterans and their G.I. Bill funds.
Filner opted to avoid the event “because there is a no more fitting image of what is wrong with San Diego then Bridgepoint Education hosting a private Mayoral Forum. You need to look no further to see the power of special interests in dictating the actions of City Hall. Bridgepoint Education, which is currently under investigation by the Department of Education, receives over 80% of its funding from public dollars, and explicitly targets veterans for their G.I. Bill benefits. The company spends more on recruitment than instruction at an almost 3-to-1 margin, and bears the distinction of a 63% dropout rate, well above the national average. As the past Chairman of the House Veterans’ Affairs Committee, I find these actions deplorable and a blatant abuse of public dollars.”
He noted that his opponent, Nathan Fletcher, has publicly lauded Bridgepoint Education as a “success story” and that “the company has responded in kind by donating close to $40,000  to his campaign, including maximum donations from every member of Bridgepoint’s executive leadership. I find it hard to believe that as a veteran himself, Nathan can support an organization that is exploiting the benefits of our nation’s brave men and women.”
The Fletcher campaign has called Filner hypocritical because in the past, his Congressional campaign accepted funds from Bridgepoint; the FEC confirms a $700 contribution in 2010.

Filner pledged that as mayor, he would ensure that there are “no more special interests, and that the focus of city government remains committed to protecting our veterans and the honest working men and women of San Diego.”

What ever happens in the mayors race we get rid of Filner in the "East" county. Only thing worse will be his replacement by Vargus.

Must not be many of us Goldwater supporters left alive?