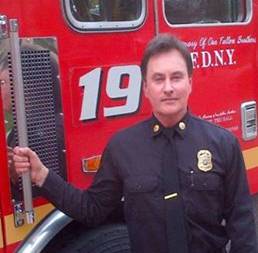 September 3, 2018 (San Diego) -- It’s been about seventeen years since United Airlines flight 175 and American Airlines Flight 11 were purposely flown by hijackers into the Twin Towers of the World Trade Center Buildings. The Pentagon was severely damaged by the impact of an additional airliner and resulting fire. Hijackers also crashed a fourth plane into a field near Shanksville Pa. after the passengers and flight crew attempted to regain control of the aircraft.

I remember like it was yesterday as I was just promoted to Fire Chief. I was with several other firefighters at the gym early that morning. It wasn’t until the second plane hit the second tower that we knew this was no accident. I was immediately notified by my Fire Dept. Command Center to report to work ASAP. The United States was under attack!

Though the United States has disrupted the ability of  terrorists to plan and carry out such attacks and degraded their overall capabilities to a degree, it’s obviously not enough.

Additionally, a new generation of terrorists is just as committed to bringing war to our shores as al Qaeda was then. We’ve had other attacks nationally and abroad and it appears they are increasing.

What can you do? Stay vigilant, as they are here among us, and they are in other countries. If you see something, say something! Notify local law enforcement if you see “anyone/anything” that is suspicious. Unfortunately, we will never be able to extinguish the desire of evil-doers to commit their heinous and inhumane acts. But we must take the fight to terrorists before they bring it to us!

Let’s honor the memories of those who gave their lives on 9/11 and in service to our country since – by remembering all lessons from attacks, we shall always remain prepared to fight against evil.