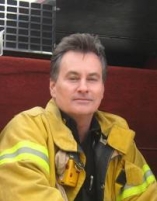 June 7, 2014 (San Diego’s East County) -- We recently celebrated Memorial Day and D – Day honoring those who sacrificed for our freedom. True heroes, no doubt! We also celebrated National EMS/First Responder Week as well. It recognizes fire, police and medical first responders who provide the day-to-day lifesaving services of emergency medicine's "front line."  Father's day is upon us and there are lots of Hero’s to recognize. Have you ever considered yourself as a Hero?

Children play in the pool and fight to be the first for toy possession, pool space and attention. Kids like to get their own way. So do adults. A morning commute in traffic will showcase how adults also like to get their own way and be first. Horns honk and nasty looks are exchanged as drivers vie for their spot on the road, sometimes speeding or cutting others off in the process. But how refreshing it is to meet a kind person in a traffic jam, one who waves you on and allows you to move over a lane. And when they do it with a smile, this rare gesture restores faith in the human race. That person becomes your hero for the moment.

We've all heard the verse laying down our lives, and think of it as a heroic person actually dying for another, which of course is the greatest love of all. But I have also come to think of "laying down my life" as the little choices which put others first. Putting others first doesn't come naturally to us. Our innate tendency is to reach for the biggest slice of pie rather than offer it to a family member. It takes a conscious effort to allow others to go before you or to let them have what you really want. I have always been impressed at those who seem to do it regularly.

Mothers are a good example of one's who make selfless choices. Or take Pat, the Sunday school teacher at church. Conversations with this sweet woman are sure to revolve around you and your family. She rarely talks about herself, but instead wants to know how she can be praying for you and your loved ones. She is known by many as "the nicest woman in the world."

Then there's Frank, the man at church who opens doors for others, helps visitors, and does it all with a genuine smile. He is not an official usher. Just a kind soul. But there are also people who've given more. Like Andrew. Throughout his life he wanted to serve. To protect. To save. It was evident in his play as a child and with his future goals as a teen. Then one day, as a 19-year-old soldier, he laid down his life for his country on a battlefield far away. A hero.

Most likely we won't ever be called to make the ultimate sacrifice, but could we vow to put others first a little more often? To intentionally look for ways to meet their needs while we put ours on hold? To, in a sense, lay down a little of our lives daily for another?

I'm in.  Are you? If we ever meet in person someday, I'll hold the door open for you with a smile. Why, I just might even let you take the biggest piece of pie. {Maybe.}