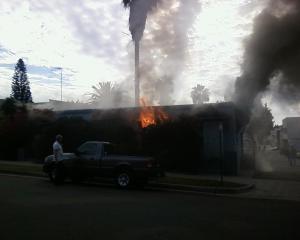 ECM  photographer Jake Christie happened to be in the neighborhood when a fire began in a blue house around 3:30 p.m. and soon spread to an adjoining unit.  “I saw no people, just smoke, then fire,” he said. “I may have been the first person to call in the fire.” 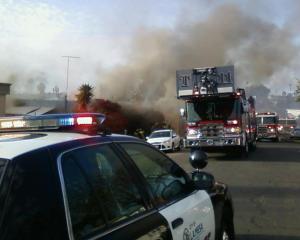 The main body has been extinguished as of late this afternoon, but fire crews will be on scene for up to two more hours, fire officials indicate., so avoiding the area is advised.  Red Cross has been summoned to assist displaced residents. 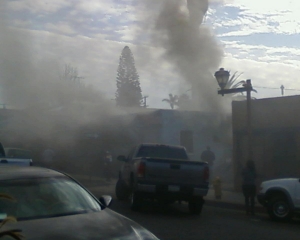