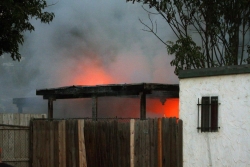 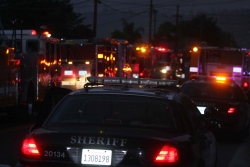 Firefighters were able to save most of the building, after arriving to find smoke and flames in the rear of the duplex. Damage is estimated at $100,000. There were no injuries; cause of the fire remains under investigation.