All officials are urging San Diego residents who live in the urban-rural interface, as well as rural areas to be ready for a severe fire season that’s started early. So far Cal Fire has responded to more than 1,100 wildfires already, which is 500 more than normal for this time of year. According to Cal Fire Chief Cal Fire Chief Dale Hutchinson, Southern Region Chief 40,000 acres burned last week.

Officials are urging residents to get ready and maintain 100-feet of defensible space. This is not optional; it is the law, as Chief Hutchinson told us, for those in the urban-wildland interface. Also clean your gutters, and other places where dry vegetation might accumulate. If you do any remodeling, look into the latest fire resistant materials. In addition, remove all tree branches that are within six feet of your home.

Chief Hutchinson also urged citizens to do brush abatement early in the morning when there is more humidity in the air.  (You may also wish to keep water at hand or a fire extinguisher in case a spark ignites dry brush.)

All officials present emphasized that this is the time to create a family emergency plan and talk about it with family members. This should include evacuation.  If you are asked to evacuate, please do so in an efficient manner, and listen to public safety officers.

Undersheriff Pendergrast said, “We urge all residents to have a ready plan, to be ready to evacuate, and to do so. The life you save might be your own.”  Have several routes planned since one may be blocked. Shut windows and leave them unlocked for firefighters. Early evacuation is advised since traffic can make it difficult later.

Pendergrast also emphasized that if you have friends or neighbors who will have a tougher time leaving, such as elderly or disabled people, they should register with the County. The County is maintaining a database. So in case of evacuation orders, this information will go down from County Emergency Command Center to the Incident Command Post and to the officers doing the actual evacuations. This will facilitate their job and help keep people safe.

The Department is now using reverse 911, the County Alert System and the NIX system. So they will have a way to contact citizens, but they need citizens to also register with the program. In fact, he urged citizen to do so. http://www.sandiego.gov/ohs/emergencynotification/

You can also sign up for free Viejas Wildfire & Emergency alerts: http://www.eastcountymagazine.org/?q=node/89. Viejas Alerts, which are sent by email, cover a broader geographic, giving you ample time to prepare if a large fire starts in another zip code.  The alerts come by email and you can also follow ViejasAlerts on Twitter to receive alerts on your mobile device. East County Magazine recommends all of these services, since in a major emergency any form of communication could fail including phone lines, cell phone towers, cable internet and electricity powering your TV.  It’s wise to sign up at home and work.

Officials urged all citizens, even those living in the urban landscape, to visit  http://www.readyforwildfire.org The site has more extensive tips.

Officials emphasized  cooperation between the Sheriffs Department and Cal-Fire. Behind the spekaers were the Bell 205 Helicopter, capable of carrying 305 gallons or water, or taking six crew to the fire scene. The other helicopter was the Bell 407, capable of carrying a 600 gallon water bucket.

According to Pendergrast, “a Sheriff deputy flies it and a Cal-Fire Captain coordinates the water drop.” The department also has four more patrol helicopters, as part of ASTREA, that can help spot fires, and do rescues when need be.

The role of the Sheriff’s department is security, traffic control, and evacuations. The Sheriff is also in charge of coordinating mutual aid with state and federal agencies as needed. Also after the 2003 firestorm, the Sheriff’s Dept produced a training video for other police agencies, which is shown once a year. All supervisory personnel, Sergeants, Lieutenants and Captains, receive fire training, and that all officers carry a go kit with fire protective gear.

Chief Ralph Domanski of the California Emergency Management Agency said that they coordinate over 950 volunteer, county, local and other agencies. “During the last week we sent considerable resources from as far as Northern California.” 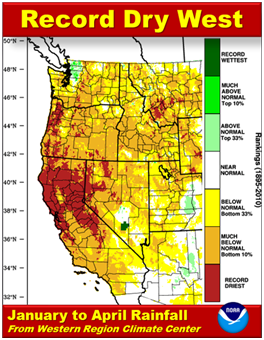 Lt. Colonel Patricia Murray of the California Air National Guard 146th Air Lift Wing told us that the Guard is ready to help when mobilized.

“This season already started. The Spring Fire came very near the base. We were activated on Friday,” she said of the major wildfire in Ventura County.

She emphasized that federal sequester budget cuts could affect readiness, and later she told ECM that this is due to potentially less maintenance crews and exhaustion on the part of flight crews.

Two of the C-130s are fitted with Modular Airborne Fire Fighting Systems. (MAFFS). These crews are ready to respond, and will be training with Cal-Fire. Also last week was the first time that civilian fire fighting crews were based at the Channel Island base, saving turnover time for crews to get back to the fire after a drop.

Chief Thom Porter of the San Diego Cal-Fire region also said that this year the Civilian Emergency Response Teams (CERT) are preparing with their local Fire Departments to serve in a support capacity, such as shelter operation.

As far as Lakeside is concerned, Chief Laff told us that his department is ready with four structure trucks and two brush trucks. They also have a water tender assigned though the County Fire Authority. They were also able to buy a patrol unit though a grant from one of the tribes, with a two hundred gallon capacity that will be activated during high risk.  They are fully staffed for the season, as is Cal Fire, officials said.

Chief Laff emphasized the importance of having two exit routes, but noted that in Lakeside that can be tricky. He also suggested that people should plan on a meeting place.

While cell phones can be helpful, the downside is that in a major incident, towers will go down, therefore so will your cell phone. He also said that the great concern is always Wildcat Canyon Road, because of the windy road.

To echo officials, the time to prepare is now.