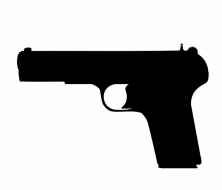 March 22, 2015 (Sacramento)—More than 17,000 mentally ill people continue to illegally possess over 36,000 firearms despite passage of SB 140, which authorized the California Attorney General to hire 36 new agents to reduce a backlog.

The bill was passed after the Sandy Hook elementary school shooting in 2013.  At the time, 20,000 prohibited people in California had about 40,000 firearms, an audit found.

Attorney General Kamala Harris has thus far spent only 40% of the $24 million allocated to her office to implement the Armed Prohibited Person System (APPS), a database to cross-reference firearm owners in California against domestic violence restraining orders, mental health and criminal history records to determine who has become ineligible to own a firearm after legally purchasing it.

When the bill passed, Harris issued a press release stating it would allow her to hire 36 new agents to reduce the backlog, but she has only hired 18.

Now Senate Republicans are asking for joint oversight hearings by the Senate Public Safety Committee and a Senate Budget subcommittee to review the APPS program and how funds were spent, as well as the Attorney General’s plan for future expenditures to eliminate the APPS backlog.

The GOP has long opposed virtually any form of gun controls, leading some to wonder if  Repubilcan calls for an oversight hearing may be politically motivated in an effort to discredit Harris, who is running for the U.S. Senate seat being vacated by Barbara Boxer’s retirement.