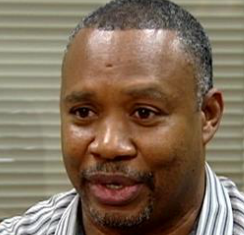 March 28, 2014 (San Diego)--A jury has awarded $1.3 million in punitive damages to David Bryant, a former billing supervisor at SDG&E.  Bryant claimed the company fired him after he complained that SDG&E was targeting delinquency notices to low-income ratepayers, so that SDG&E could make money from late payment fees.

Bryant also won more than $860,000 in compensation, in addition to the punitive damages award.

According to Bryant, SDG&E ordered employees to hand deliver delinquency notices to inner-city homes starting in 2008- and the company assessed a $9 charge to ratepayers for this action.

SDG&E was found guilty of wrongful termination and retaliating against Bryant for speaking out.

The company issued a statement indicated it plans to appeal the verdict.

SDG&E says its investigation found Bryant was terminated due to “extremely inappropriate conduct for a supervisor” and for violating company policy.

Normally the Sheriff only bills hikers for rescues if they are breaking the law - such as drinking alchohol or jumping off cliffs in places where that's prohibited. I think you can also be billed if you are in a permit-required area without one. They do not bill for other cases where the hikers didn't do anything illegal, just got injured or lost. I wouldn't want to see that, as it could discourage someone from calling for help when they really need it, and put lives at risk.
It's amazing how Federal employees complaints of Whistleblowing aren't even investigated. There's an obvious disparity here. Federal employees are fired and must jump through hoops to fight for their job, to only have the EEOC or the MSPB utilize their power & position to be a barrier for the Federal employee. If Federal employees complaints are properly followed up on, the public will see the disparity is with the EEOC and MSPB fighting against the Federal employee to keep money in the Federal purse. It's all about money!