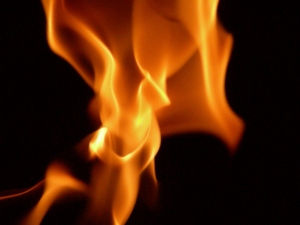 Crews responded to the blaze in the 7300 block of La Mesita Place around 6:45 p.m. after receiving reports of black smoke coming from underneath an apartment door, with an elderly couple inside. The fire was in the living room of their downstairs unit.

Firefighters searched the apartment and found an elderly man in a back bedroom.  “The resident was conscious and breathing and was able to communicate with firefighters, but unable to walk due to a previous medical condition,” says Captain Sonny Saghera, public information officer for Heartland Fire and Rescue.

Firefighters carried the man out to an ambulance, which transported him to a hospital for evaluation. Crews were able to contain the fire within five minutes.

The cause of the fire has not yet been determined, however damage to the structure and contents is estimated at $100,000.

Some of our local heroes in action once again!