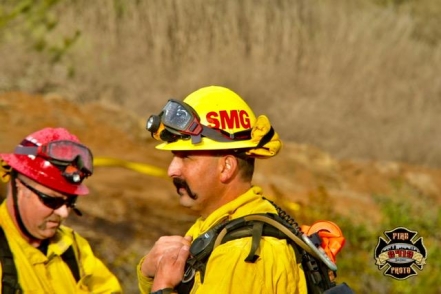 Story and photos by Josh Stotler

January 20, 2021 (San Diego’s East County) – At 12:42 pm today, firefighters were called to the corner of Campo Road and CR17 for a wind driven brush fire that immediately threatened homes and property across from Skyline Church near the boundary of Spring Valley and Rancho San Diego. 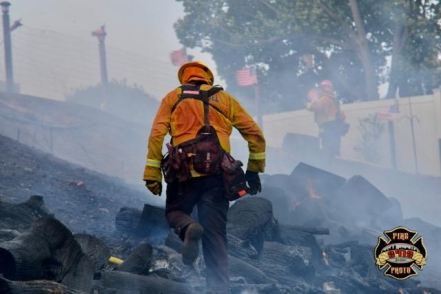 No structures were lost and no injuries reported. A temporary evacuation center was set up at Edwards Cinemas.

Mop up of the 15 acre burn site is underway by Cal Fire and CDCR inmate fire crews from Puerta La Cruz and La Cima Conservation Camps. 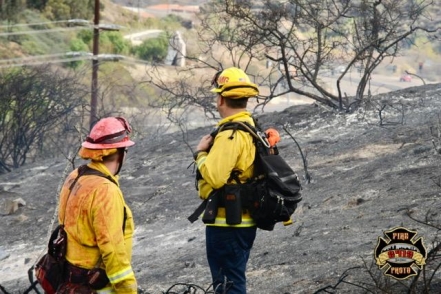 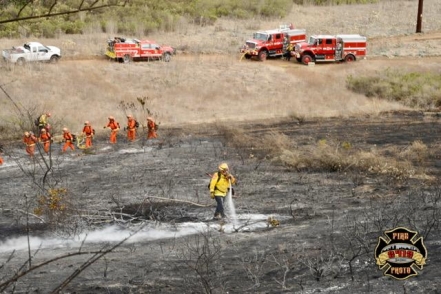 Photos, right and below:  CDCR Inmate Firefighters arrive on scene 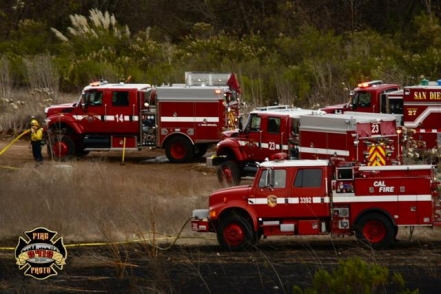 Now is a good time to prepare for next years power outages and need for water with a solar powered pump and water storage tank. Solar panels are getting cheaper and no batteries are needed to keep your tank full with solar power. Once installed the water is free with most water produced in the summer when needed most. The Grundfos SQFlex will also run on a 110 volt portable generators as a back up. No need to buy a large generator. The solar pump usually can be installed in the same well with a regular submersible well pump. I don't sell or represent pumps but am happy with mine. Check them out on line www.grundfos.com.