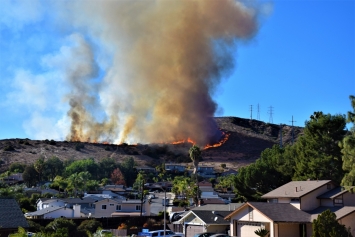 “Crazy and way too close,” photographer Scott Lagace says of the blaze near his Santee home. 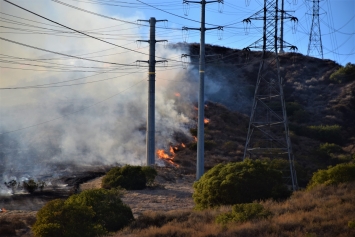 The fire began in the 10,000 block of Chaparral Drive near the Carlton Hills neighborhood. Sheriff’s deputies went door to door evacuating residents and an evacuation center was set up at Santana High School.

Photo, right by Scott Lagace: Flames burned near Sunrise Powerlink, which supplies power to much of San Diego County. 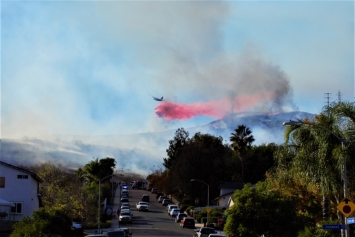 No homes were lost and forward spread was halted around 3:15 p.m. Evacuation orders were lifted by early evening. 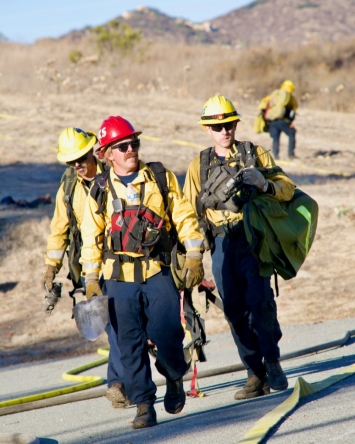