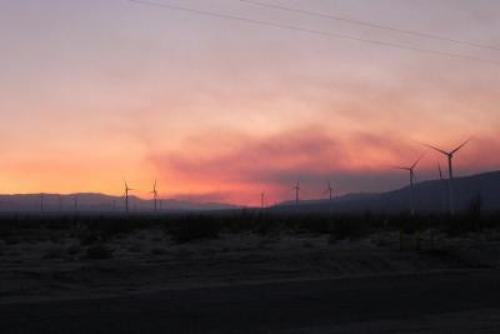 July 9, 2013 (San Diego's East County) -- Our readers have sent some dramatic images of the Chariot Fire, which as of tonight has scorched 4,850 acres and burned at least eight buildings.

Here are some of the most stunning images from our readers--and thanks to the many of you who sent in photos and news tips on this major story.  (Note, additional photos were used in our earlier stories on this fire, all in our wildfire news section.) 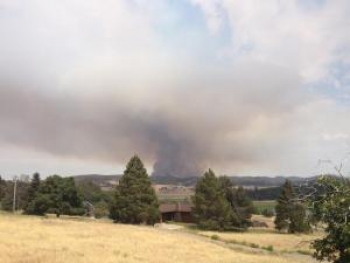 Kenneth Douglas shot the image of the gathering firestorm at right, that resembles a midwestern twister. 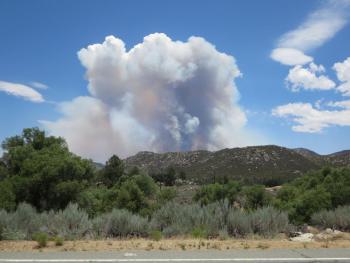 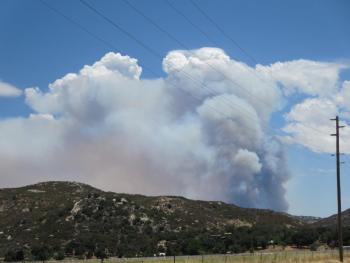 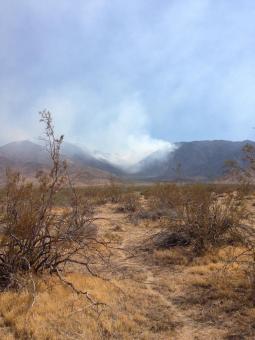 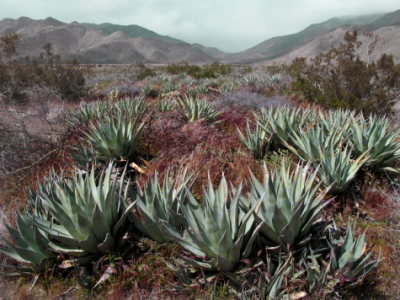 photo below was sent in by Lisa Elkins-Goodman and taken from an HPWREN webcam run by UCSD showing the very large air tanker brought in to battle the blaze. 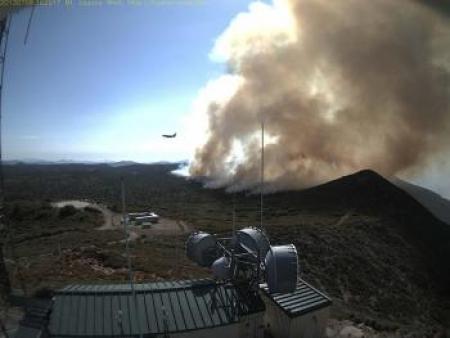