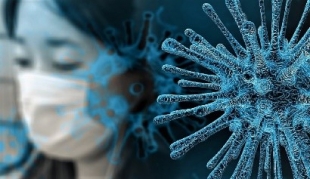 December 1, 2021 (San Francisco) - California will increase COVID-19 testing of some airport travelers after a passenger flying to San Francisco International Airport from South Africa was identified as the first known case of the omicron variant in the United States.

The California Department of Public Health announced today that travelers arriving from countries identified by the Centers for Disease Control and Prevention as areas of concern will be subjected to increased testing. So far that includes Botswana, Eswatini, Lesotho, Malawi, Mozambique, Namibia, South Africa and Zimbabwe. Airlines are already required to share contact information of people traveling from those countries with the CDC.  The announcement of the first known US infection comes less than a week after the variant was identified in South Africa and just days after the World Health Organization deemed it a “variant of concern.”

According to the California and San Francisco departments of public health, the patient, who is a resident of San Francisco, returned from South Africa on Nov. 22 and began showing mild symptoms three days later.

The unidentified person, who was fully vaccinated with the Moderna vaccine but had not been boosted within a six-month window, was tested on Nov. 28 and the results came back positive the next day. The test was then sequenced within 24 hours at UC San Francisco and confirmed to be the omicron variant by the CDC.

“This was predicted. This was predictable,” said Gov. Gavin Newsom, speaking from a school in Winton, Calif. to promote vaccines for children and booster shots for adults. “We all need to be humble in the face of these mutations and variants and this disease.”

All close contacts of the patient have tested negative. The individual, who did not need hospitalization, is between the ages of 18 and 49.

Health experts do not yet know whether the new variant is more potent or infectious.

State officials have been bracing for the discovery.

“We must remain vigilant against this variant, but it is not a cause for panic,” the state health department said in a statement. “We recognize that everyone is exhausted, and the news of a new variant can be overwhelming. It is important that we collectively focus on the things we know prevent the spread of COVID-19, and its variants.   Individuals should (1) get vaccinated and boosted; (2) wear your mask in indoor settings; (3) get tested if you have symptoms; and (4) stay home if you are sick.”

More than 92% of all adults in California have received at least one COVID-19 shot, but uptake among children has been much lower, with only 16.4% of 5-11 year olds and 69.9% of 12-18 year olds receiving at least one shot. Nearly 6 million eligible Californians have gotten a booster shot, Newsom said.

“This was in a traveler, this was in somebody who was in South Africa. Everything aligns, it is not unexpected that we have a case here in California. We do expect that over time we will have additional cases. That is why it is important to keep our guard up,” said Dr. Mark Ghaly, secretary of the California Health and Human Services Agency.

While discovery of the new variant brings uncertainty, Newsom said there will not be any new shutdowns or health orders as a result of the discovery of the first omicron infection in California as long as case rates and hospitalizations stay low.

“There’s more panic than information around this new variant…Doubling down on what we’re doing is the most important thing we can communicate so we can avoid any shutdowns,” he said. “I see no indication at this moment whatsoever that that is in our immediate future.”

San Francisco health officials, who already have some of the strictest masking requirements in the state, also said today that they do not anticipate issuing any new health orders.

The state as a whole has less than half the number of COVID-19 cases than it did at the same time last year, but recovery has been uneven. Nearly a third of the 58 counties have higher hospitalization numbers than a year ago, primarily in areas where vaccination rates remain low in the Central Valley and rural northern counties.