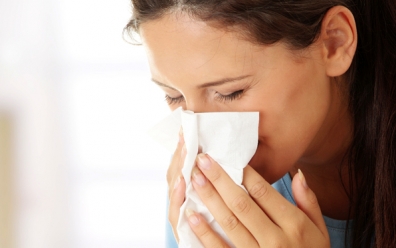 April 7, 2019 (San Diego) - Like the rest of the nation, influenza activity in the San Diego region remains elevated and widespread, the County Health and Human Services Agency announced today.

Reports of lab-confirmed influenza dropped last week to 564 cases from the season high of 692 cases the week before. A new flu death was reported last week, bringing this season’s total to 55. At the same time last season, 325 people had died from complications from the flu.

Like the rest of the country, the most commonly identified flu strain causing local illnesses is now influenza A H3N2, which tends to sicken the elderly and the very young, as well as those with chronic medical conditions. Influenza A Pandemic H1N1 continues to circulate and a low number of influenza B viruses are also being reported.

The change in viral activity prompted the Centers for Disease Control and Prevention and the County Health and Human Services Agency to issue advisories to the medical community last week to continue to consider influenza as a possible diagnosis for patients with respiratory illness.

“Given the elevated level of influenza activity, the flu season is likely to last several more weeks,” said Wilma Wooten, M.D., M.P.H., County public health officer. “If you have not gotten a flu shot, do it now, especially if you’re part of the groups at higher risk of developing complications.”

For the week ending March 30, 2019, the Influenza Watch report shows the following:

How to Prevent the Flu

The Centers for Disease Control and Prevention recommends that everyone 6 months and older get a flu shot every year. The vaccine is safe and effective. It takes two weeks for immunity to develop.