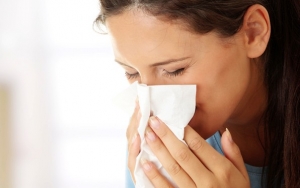 December 31, 2014 (San Diego)--The U.S. Centers for Disease Control has declared a flu epidemic following a high number of flu cases diagnosed as well as the deaths of 15 children from influenza.

Officials urge people to get a flu shot. But the shot may not fully protect against this year’s most prevalent strain, which has been mutating into more virulent forms after the vaccine was formulated.

So far the rogue version of the virus has primarily shown up in eastern and Midwest states, but it’s expected to reach the West Coast soon.

Health experts recommend washing your hands frequently with soap and water and avoiding people who are obviously sick and coughing.

If you do get the flu, the County of San Diego’s Health Department advises staying home for at least 24 hours after your fever is gone, to avoid infecting others.  Drink plenty of clear fluids including soup and water to stay hydrated, and avoid beverages with alcohol or caffeine while you’re ill.

Treatment is available including new anti-viral medications, so call your doctor if you are very ill.

The County recommends a flu vaccine for everyone over 6 months of age. The flu vaccine is available at doctors’ offices and pharmacies. If you don’t have medical insurance, you can go to a County public health center to get vaccinated. For a list of locations, visit www.SDIZ.org  or call 2-1-1.