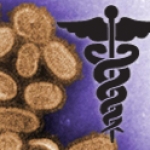 July 11, 2009 (San Diego) On Wednesday, July 8, 2009, two inmates housed in the South Bay Detention Facility began to exhibit flu-like symptoms. Initial testing indicated it was the Influenza-A strain of the virus. The inmates were immediately placed in isolation cells and additional testing was ordered. On July 10th, samples from the inmates were tested at the Public Health Laboratory in San Diego. It was subsequently determined one inmate has contracted the H1N1 virus. Both are receiving treatment by medical personnel.

As a precaution, social visits at all detention facilities have been suspended until further notice.