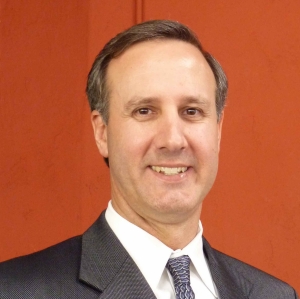 “As you know, the school district that you choose to work in will have an enormous impact on your classroom, your income, your career, your future, and the pride that comes with being associated with a good school district,” the flyer advises attendees, adding, “Due to the recent antics of one of the members of the Cajon Valley Union School Board, I feel obligated to give you a little background on the actions of this particular ‘loose cannon,’ named Jim Miller. We are also including a listing of other, nearby school districts, that you may consider while you make important decision.

The flyer outlines issues at the district, where students who walked out of class as part of a national protest over gun violence were given lunch detention and a counselor who sat with the students had her contract terminated two days later, as ECM previously reported. We also reported on controversies over Miller, detailed on the flyer.

Miller was the main target of the flyer, which stated:  In the wake of yet another mass high school shooting massacre, parents t 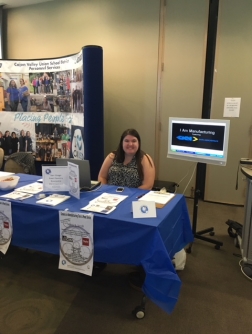 urn to their school board, and rather than wear a shirt and tie, as would most professionals, school board member Jim Miller was wearing a 2nd amendment rights T-shirt and an NRA hat! He even fired off a derisive letter to a concerned district resident, signing it on behalf of a gun owners PAC! “

The flyer asked career expo attendees, “Do the actions of this man align with your values? Do you trust him to make decisions that will affect the conditions of your classroom”

It then offer a list of other local school districts to which job-seekers in education might wish to apply instead of Cajon Valley.

The anonymous flyers were plastered on tables near the Cajon Valley Union School District’s display, as well as posted on free speech boards, in lounges and lunch rooms on campus.

It is unknown what impact the leaflets may have had on the district's ability to attract talent.