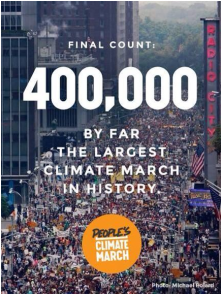 The vote split the council down party lines, with all Democrats voting in favor and Republicans voting against.

The resolution, introduced by Councilman Todd Gloria, seeks to have San Diego produce 100 percent of its energy from clean, local sources by 2035.  Gloria’s plan also would  improve transit, bicycle and pedestrian paths, expand parks and tree planting, increase requirements on property for energy efficiency in buildings, and take steps to address problems caused by the effects of climate change including drought, wildfires, and rising sea levels.

While no opposition to the plan overall has been registered, some real estate leaders have voiced concerns over potentially costly upgrades for energy efficiency, that could make it harder for owners to sell their homes, City Times reports.

The Mayor’s office has issued a statement indicating a draft plan could be ready for a public hearing to be held next spring, with release of a draft for Council review in the next few weeks.

According to the Mayor’s statement, “Since Mayor Faulconer took office this spring, his administration has been working to bring forward for public review a climate action plan that will be broadly supported by the environmental community, business community, City Council and the public.”

But some have raised concerns that the Republican mayor’s plan may not go far enough to curb greenhouse gas emissions.

Councilman Gloria called for “bold” action and said any plan brought to Council for a vote must be “tangible, measureable and enforceable.”

so the city council thinks it can stop what is not really happening? the best plan for the climate is to stop the fantasy and wake up. san diego and other cites have real problems and feel good politically correct idiocy doesn't help
that climate change is real and man-made. The handful who don't agree are mainly paid for by the oil companies or just shysters (like the guy who claimed to be in the House of Lords; he wasn't.) Why would you believe politicians who get money from oil industry lobbyists over the vast majority of the world's top scientists trained in climatology? This was my field way back in the '70s and with all due respect, anyone who believes global climate change isn't happening is just plain ignorant of the facts. The charts and numbers don't lie. The evidence is clear and overwhelming. I suggest you do your research through unbiased sources based on science, not political expediency, to get the truth.